About 1900 years ago, Claudius Ptolemy created 48 constellations. Some of them we know as the Zodiac signs, they make up our daily horoscope. Ptolemy was pretty creative during his star mapping and he gave a lot of constellation names regarding Greek gods and their mythology. This was also the case for the Perseus constellation family. Out of the 9 star signs in this family, 6 of them have to do with the story of Perseus’ life. Perseus was a Greek god who had some interesting adventures. Today we will be sharing the story of the mythology of Perseus. The names in Italic have earned themselves a constellation all thanks to this mythological story. 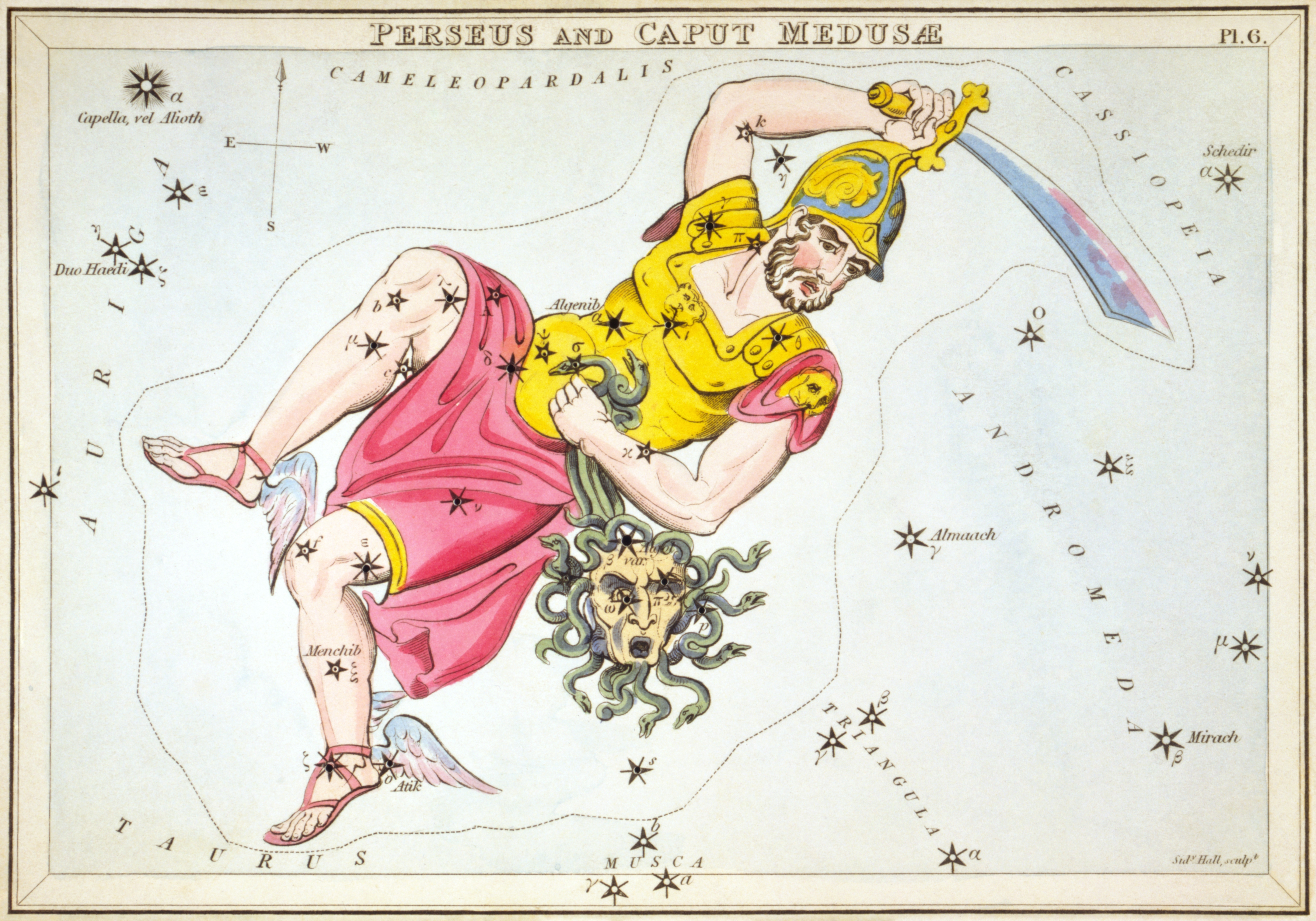 So the main character in this story is Perseus, the son of Zeus and the grandchild of Acrisius, the King of Argos. Acrisius was told he will never have a son, and the son of his daughter will one day kill him. So he did what every father would do, he locked up his daughter Danaë, Perseus’ mother. Zeus came to her and got her pregnant. Acrisius didn’t want to get Zeus too angry, so instead of killing his daughter and grandchild, he locked them up in a wooden chest that got thrown into the sea.

They survived and continued their lives on the island of Serifos. This land was ruled by Polydectes. This king fell in love with Danaë and Perseus wasn’t too happy about that. Polydectes plotted a plan to get rid of Perseus; he demanded him to slay Medusa, the monster who turned people into stone just by looking at them. Medusa was known to be a woman, but as a punishment she was turned into a monster with snakes for hair. With the help of Zeus, Athena, and Hermes, Perseus decides to face this horrible monster. Using the shield he got from Athena, he managed to avoid looking straight at Medusa and that’s how he could attack her. During the fight, he freed Pegasus, the winged horse. After he beat Medusa, he cut off her head and then head home on the back of Pegasus. 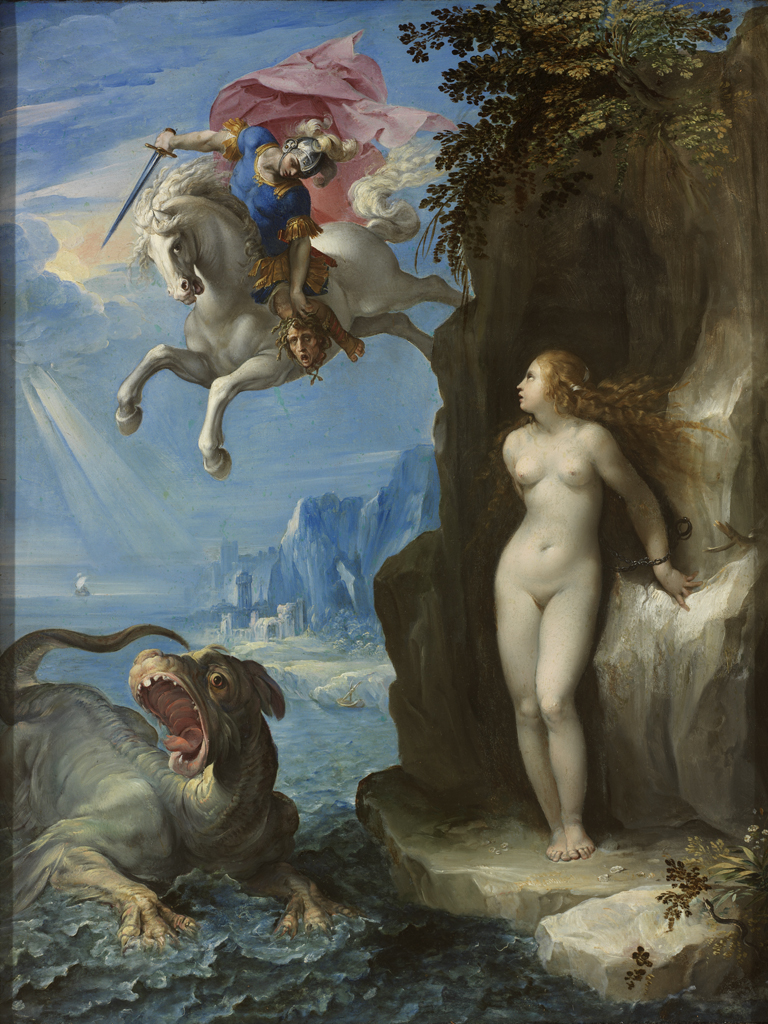 On his way home, Perseus went past Aethiopia, the kingdom in Africa. The country was ruled by king Cepheus and queen Cassiopeia. Cassiopeia was a very vein woman. She boasted her beauty and that of her daughter Andromeda. She claimed no one was more beautiful than them. Poseidon, the god of the sea and waters, was not having any of this and sent out Cetus, a massive whale. This monster was known for its destructive behavior. The only way to stop it would be to sacrifice Andromeda. So Cepheus and Cassiopeia decided they weren’t going to go for the parent of the year award and agreed to sacrifice their daughter by tying her up all naked to a rock at the seaside.

This was the moment our hero Perseus arrived and saw the injustice happening to the poor princess. And as a true hero does, he fought the monster and saved the girl. This story has a happy ending as well, as Perseus ended up marrying Andromeda. They lived happily ever after. And they still are, as star signs in our night’s sky.

Masters of the Stars: Edwin Hubble

Edwin Hubble is a big man in astronomy. He discovered the existence of other galaxies in our universe. He changed how we view our constellation map forever…

Masters of the Stars: Ptolemy

Ptolemy has been influential for astronomy and astrology. He created many constellations and was a leading scientist for many centuries.…