What do you remember most about the Titanic? I’m talking about the movie, you’re probably not that old! Perhaps it was Jack teaching Rose to “fly” at the front of the ship, to the haunting music of Celine Dion. Or was it the scene at the end where Rose had to finally let go of Jack? 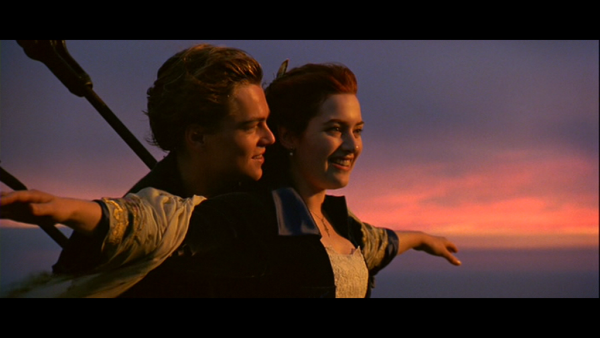 Those weren’t the only scenes which left a lasting impression. Enter, US astronomer and national treasure, Neil deGrasse Tyson. When he watched Titanic, his focus was not only on the ship but what was above the ship, thousands of light years away.

We know everything about the night sky when the ship sank; and [Rose] looks up and it’s her point of view and it’s the wrong sky. I saw this immediately.

According to Tyson the night sky, created by the Hollywood filmmakers, is what’s called a 'lazy sky'. That is because they made the stars for one half of the sky and then used a mirror image of it to create the other half. In most movies this wouldn’t have bothered him so much but the Titanic is different:

Now, I wouldn’t have an issue with it except the entire marketing for the movie was how accurate things were. He went to the bottom of the ocean with Robert Ballard, the great oceanographer, and they found the Titanic; and they know where the rivets are, the state rooms, the china patterns… and they duplicated all that [as much as possible]. You can’t verify the china patterns but I can verify the night sky and they got the wrong night sky. 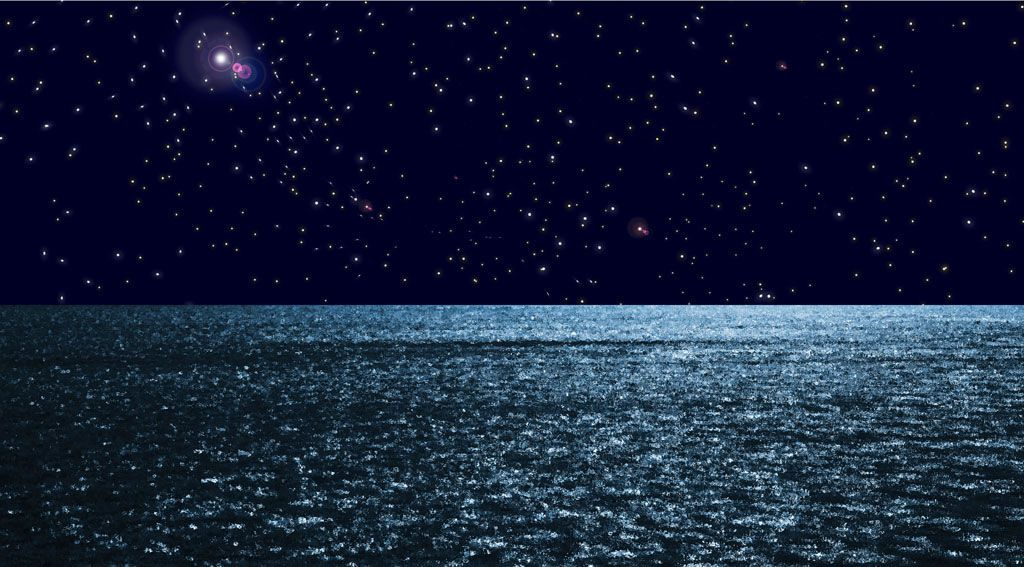 Did you notice this too? Be honest now! Now you don’t get to become Director of the Hayden Planetarium in New York without speaking up every now and then. Tyson decides to write James Cameron (the director of Titanic) a letter. He got no reply but then years later, at a NASA conference, he bumped into him. After reminding him of the error in Titanic’s night sky, Cameron told him:

You know, that was done in post-production.

Unsatisfied with this answer, Tyson spoke to Cameron later over supper. Cameron quipped:

Last I checked, Titanic has grossed a billion dollars worldwide. Imagine how much more it would have grossed had I gotten the sky correct. 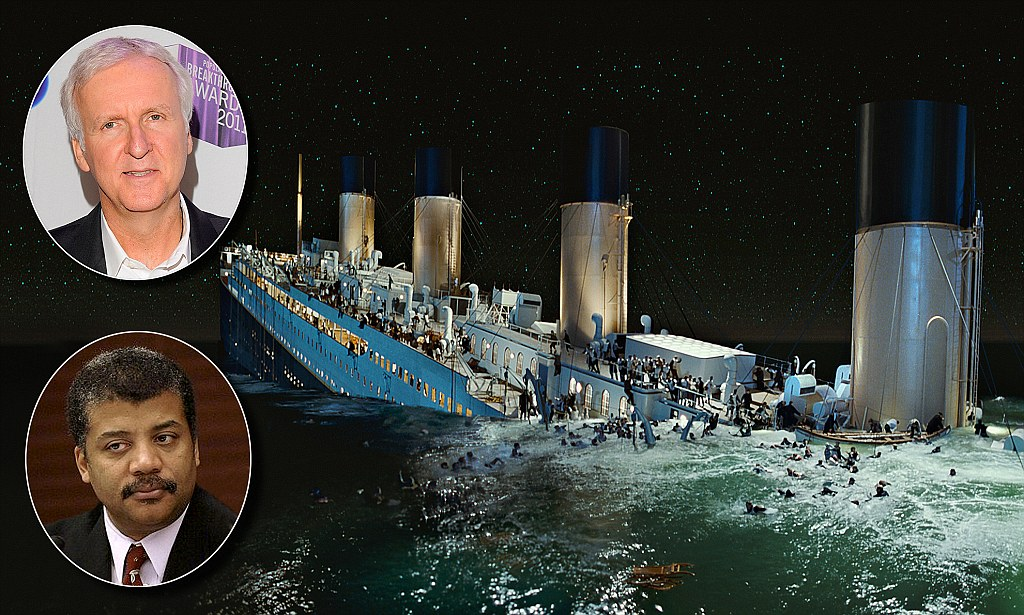 That could have very easily been the end of it but the stars must have had a different plan. Tyson received a call two weeks later from someone who worked in post-production for James Cameron. Tyson couldn’t recall his name but he remembers what he said:

James Cameron is producing a centennial director’s cut and he is recutting some of the scenes and he tells me you have a sky he could use.

Tyson went ahead and created a night sky for him, and later found out about our company, Under Lucky Stars, which can do this for you.

Chuck Nice then goes on to show how he also got an Under Lucky Stars star map, but went for something a little different. He chose to make a map of the stars at the time he met his wife in Philadelphia, and he put it into a heart-shaped design with the caption 'Your Heart Is My Universe'. 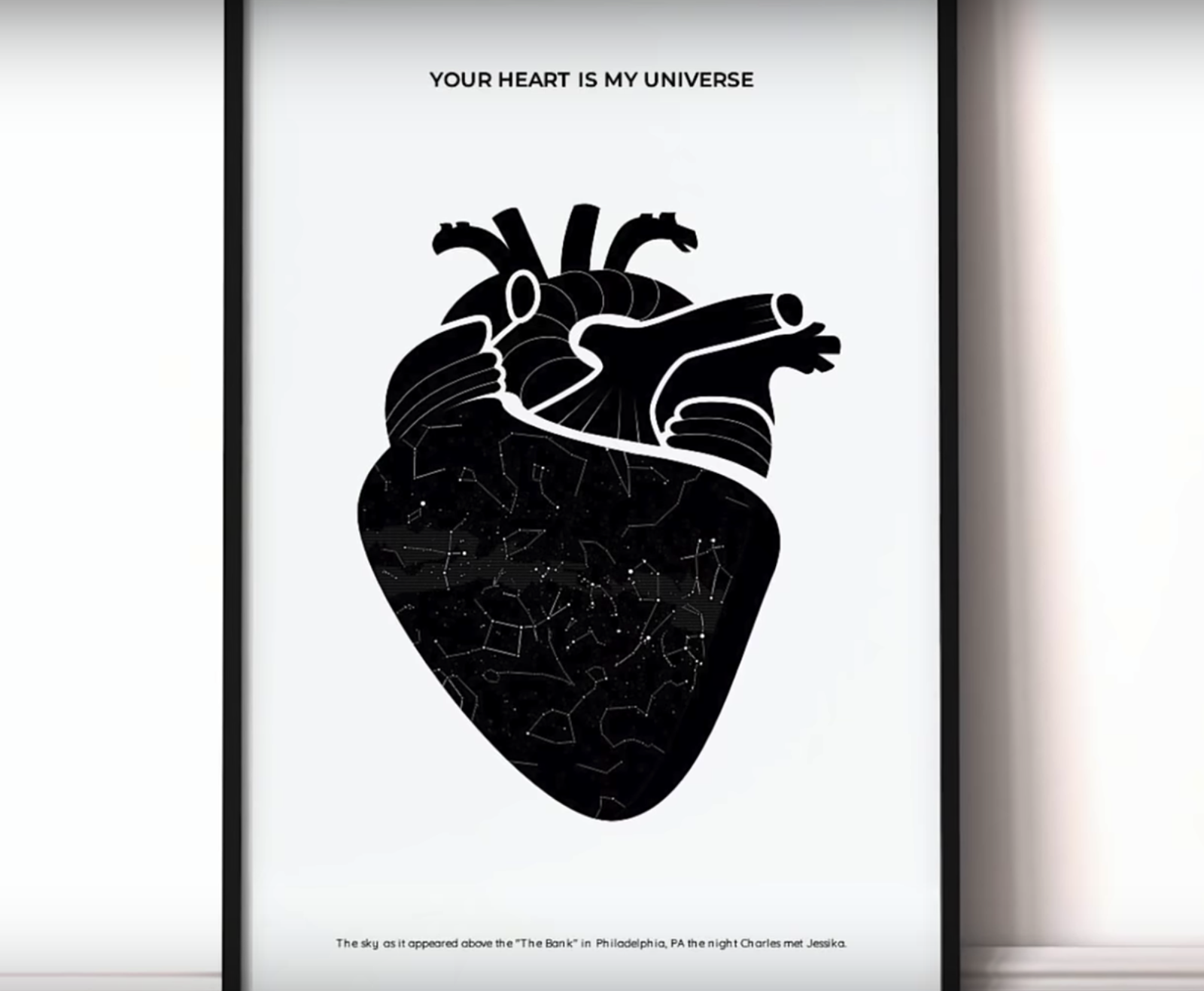 There are so many ways you can use these maps, as Chuck Nice points out:

That’s what’s cool about this…You can put whatever message you want. You could commemorate whatever date you want, whatever occasion you want…our first night out at the movies, the night we got married, anything, the birth of our first child…

A massive thanks to Neil deGrasse Tyson for bringing the “lazy” night sky in Titanic to the world’s attention, including James Cameron! Having accurate star map information is something we are also passionate about. Thank you both for sharing and for caring. There’s one reason no one has to travel back in time to the Titanic anymore and that’s to see how the stars would have looked!

Don’t Wait for World Leaders to Lead the World

You see it in the news every day. Angry climate protesters on…

Maps for Moments - 7 Tips to Decorate Your Brand-New Apartment

A new apartment is a reason to celebrate. Think of your new…