There are 12 zodiac signs in a year. Depending on your day of birth, you belong to one of them. The constellations in the night sky that represent the zodiac signs were created in ancient times. The names we use for them today were first catalogued in the 2nd century AD. In that period Ptolemy named and sometimes even created all the star signs that are gathered in the zodiac family. The Greco-Roman astronomer often used myths dating back to Babylonian or Mesopotamian times. The ancient myths are beautiful stories about gods and immortals. Today we will have a look at the story behind the constellation Aquarius. So if you were born between January 20th and February 18th, pay extra attention.

Aquarius as a man pouring water

The constellation of Aquarius is depicted as a young man pouring water in the mouth of a fish, the fish that represents Pisces, the zodiac sign that follows Aquarius on the calendar. When you look at the stars lined up, it does indeed look like a person pouring something from a jug. If you want to see it for yourself, you should focus on the fourth quadrant of the southern hemisphere. 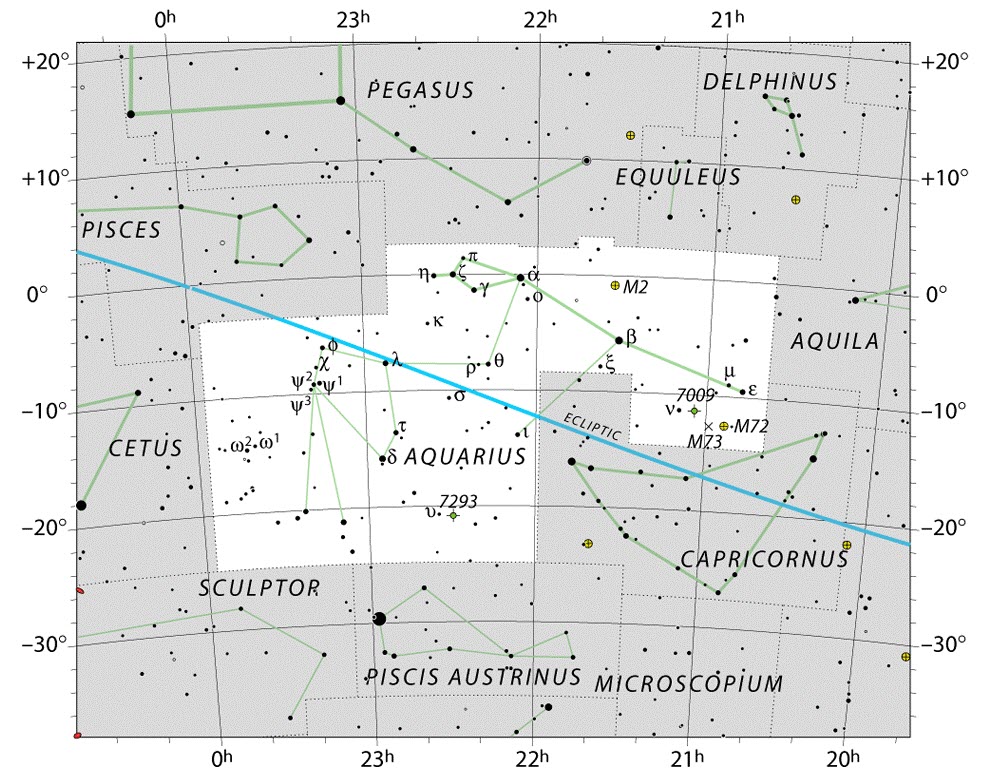 The man behind the myth

This young man pouring the jug is Ganymede, a handsome Trojan prince who became a divine hero. He was the son of Tros of Dardania, who is credited as the founder of Troy. The story in Greek mythology goes that Ganymede was herding sheep when Zeus, the king of gods, himself came down disguised as an eagle. Zeus was very impressed by the beauty of the young prince. Homer said Ganymede was the loveliest born of the race of mortals. Zeus either wanted the boy for himself or maybe he was willing to share him with the other gods, so he took Ganymede to Mount Olympus.

According to the mythology, Mount Olympus was the home of the Greek gods. Once they got there, Zeus made Ganymedes the cupbearer for the gods. Besides that, Zeus also gave him immortality and eternal youth. 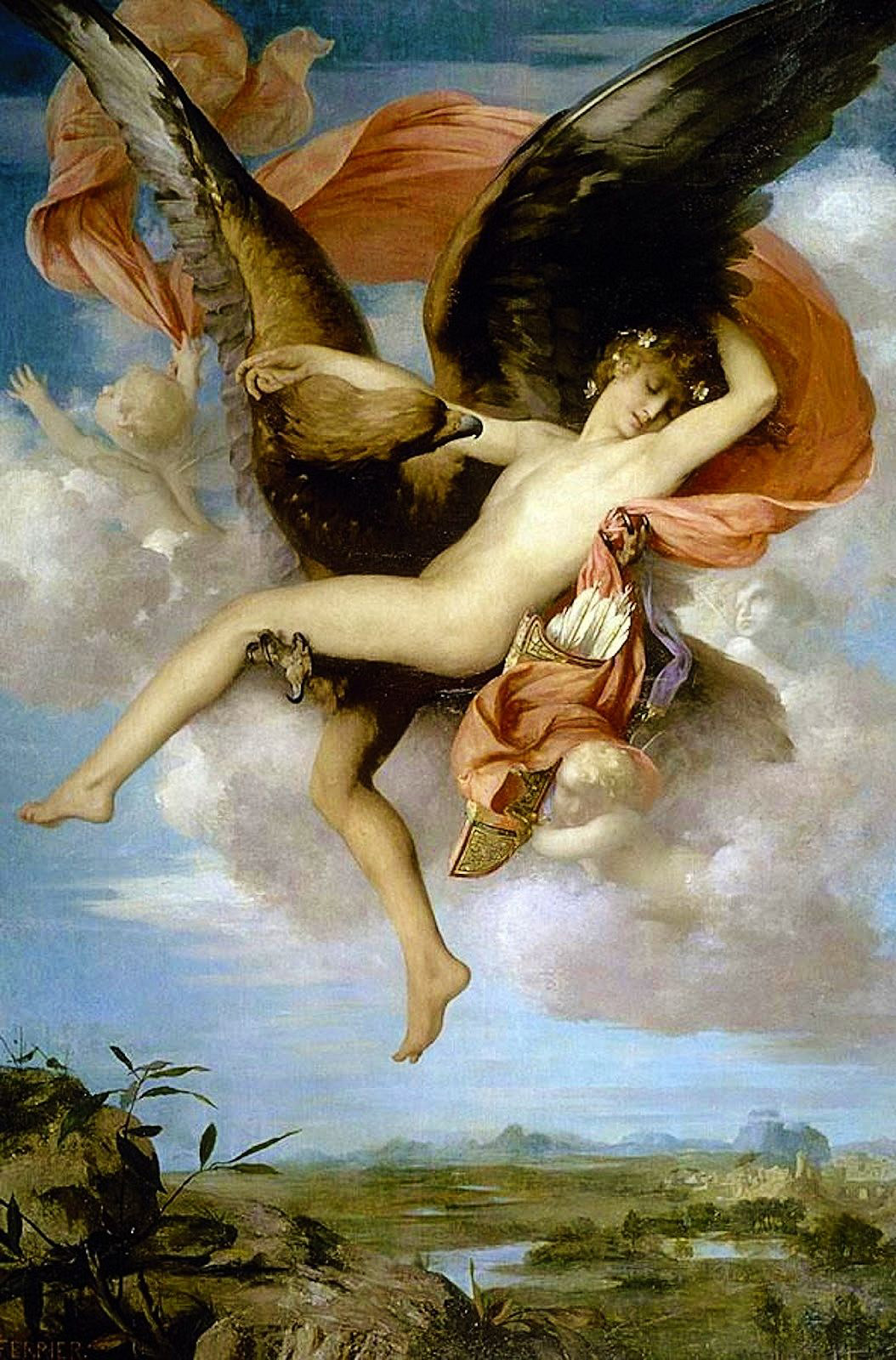 His father Tros was obviously not happy that Zeus took Ganymede from him. Zeus compensated the father’s loss by sending Hermes the messenger with some really nice horses. Tros was pleased, and even quite proud that his son got the prestigious position of cupbearer for the gods. Bad father? Maybe, but those horses were really spectacular! Homer described the event as follows in his Ilyad:

"As for these twain, their swift horses shall not bear both back from us again, even if one or the other escape. And another thing will I tell thee, and do thou lay it to heart. If so be Athene, rich in counsel, shall vouchsafe me this glory, to slay them both, then do thou hold here these swift horses, binding the reins taut to the chariot rim; but be mindful to rush upon the horses of Aeneas and drive them forth from the Trojans to the host of the well-greaved Achaeans. For they are of that stock where from Zeus, whose voice is borne afar, gave to Tros recompense for his son Ganymedes, for that they were the best of all horses that are beneath the dawn and the sun. Of this stock the king of men Anchises stole a breed, putting his mares to them while Laomedon knew naught thereof. And from these a stock of six was born him in his palace; four he kept himself and reared at the stall, and the other two he gave to Aeneas, devisers of rout. Could we but take these twain, we should win us goodly renown."

After a while, Zeus probably had enough of Ganymedes. That’s when he put him in the stars and that’s what became the constellation Aquarius. The eagle that Zeus disguised himself as got its own constellation as well, Aquila. Even the cup that Ganymede used as a cupbearer can be found among the stars as the star sign Crater.

Time to meet the other planets: Mars

Mars is the fourth planet in our solar system. In our horoscopes and astrology, it represents desire. In astronomy, Mars is known as the red planet.…

Is there life on other planets?

Our search for extraterrestrial life on other planets is what interests lots of astronomers. Staring at the night sky they hope to find a star hosting life.…