From February 19th until March 20th, Pisces is the constellation that is in control. We have already mentioned that Pisces, the star sign that comes after Aquarius, is a zodiac sign full of feelings, either good or bad. And we also told you that Pisces are great friends to have. Just like the other 11 zodiac signs, the origins of Pisces date back to ancient times. Pisces is Latin for fishes, and this name was given to this star sign by Ptolemy. He was the greatest astronomer in the Greco-Roman world and he lived about 1900 years ago. Ptolemy didn’t just randomly come up with the names for the zodiac signs; they all have a mythological backstory. In this post we’ll be talking about the myth behind Pisces.

A monster on a killing spree

The story of Pisces start with Typhon, a Greek god. This god was as bad as bad can be. Usually the gods have flaws, but deep down they’re good. But not, Typhon. Everything about this god is dangerous and deadly. He was described as a giant. His upper body was that of a man, but his legs consisted of snakes. His head also was a collection of snake heads grown into fiery hair, which constantly released a terrible scream. To top it all off, this monster even had wings! This made Typhon a very powerful adversary to the gods.

The gods were obviously not on good terms with Typhon, and he was treated as an outcast. One bad day, Typhon got tired of this and he decided to come up Mount Olympus. This is the mountain where all the Greek gods and goddesses resided. Typhon is in a terribly bad mood and he threatened all the gods op that mountain. They all know very well what Typhon is capable of, so each and every god makes a run for it. In order to escape him, most of the gods turn themselves into animals, as to gain speed and agility. The only ones not shifting shape are Aphrodite and Eros, the gods of love. The two lovers are in big trouble and Typhon is closing in on them. At the last moment, 2 fish appear and they let Aphrodite and Eros jump on their backs. This way, the two manage to avoid getting caught by the monster Typhon. As a means of honoring this noble deed, the 2 fish were being placed in the heavens by the Greek gods, and there they became the constellation Pisces. 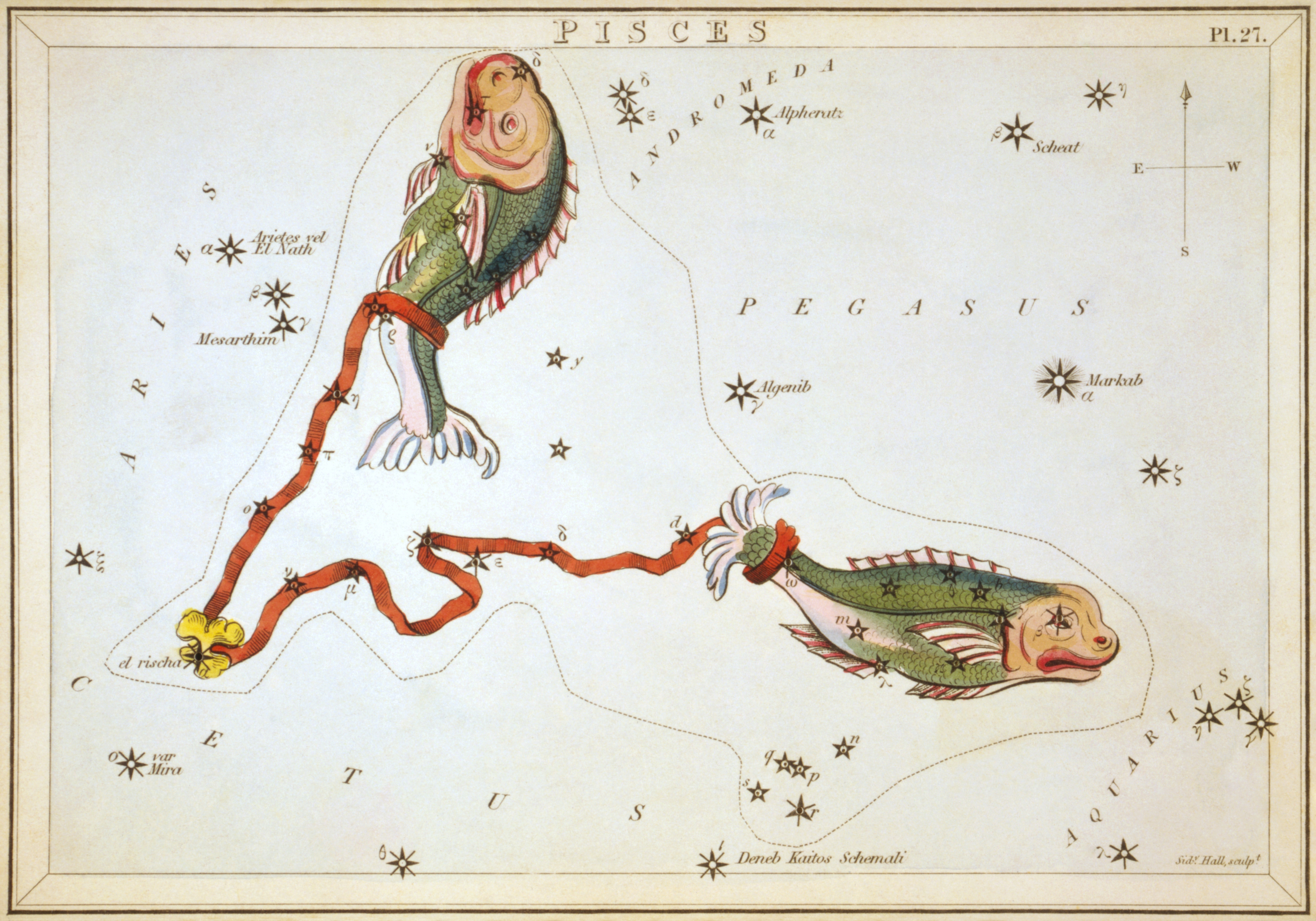 Different variations of the Pisces story

Some legends say that Aphrodite and Eros turned themselves into fish, and escaped that way. Since the other gods turned into animals but did not have constellations named after that event, it seems unlikely that this is truly the case.

The story we know today might come from Ptolemy, the actual story of Pisces dates back pre Greco-Roman times. In Syrian mythology, the fish were known as Ichthyes. They helped save Ashtarte, the Syrian version of Aphrodite, by taking her down the river Euphrates. All in all, the story is similar and the fish deserved to be among the stars in the night sky to shine forever.

Masters of the Stars: Ptolemy

Ptolemy has been influential for astronomy and astrology. He created many constellations and was a leading scientist for many centuries.…

Time to meet the other planets: Jupiter

Jupiter is the biggest planet in our solar system. On a star map in the night's sky, you can clearly see this giant. In astrology, Jupiter represents luck.…