Our solar system is a massive place full of nothingness. Although impressive, there is not much to say about that. It’s the tiny parts in all of that vast space that are comprised of something that are of interest. That’s why on this blog we have already talked about the other planets. We’ve learned that Venus is hotter than Mercury, Mars is red, Saturn has rings, Jupiter is enormous, and Uranus is colder than any other planet even though it is not the farthest from the Sun. The planet farthest from the Sun is the one we will be talking about in this article; today is Neptune day. 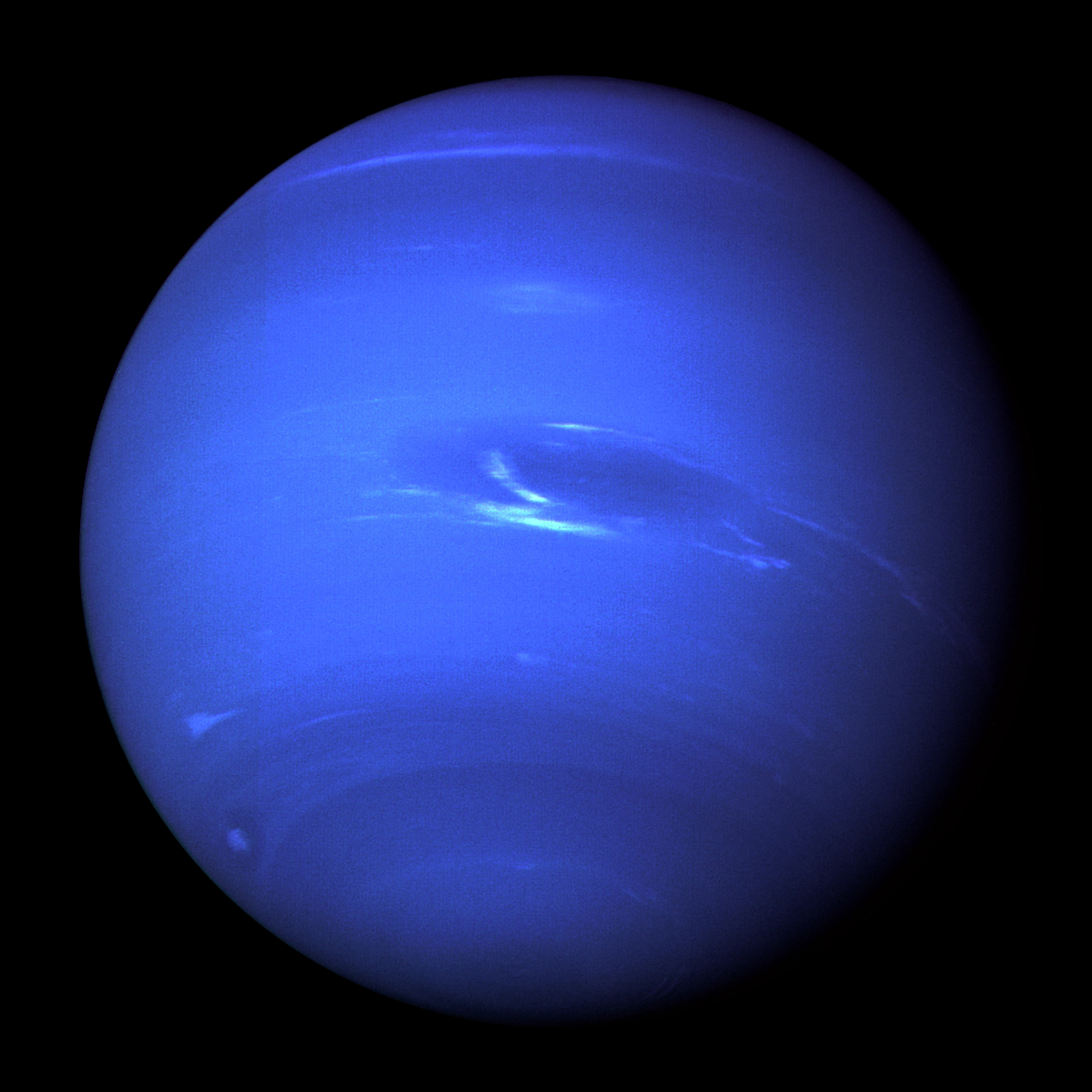 We’ve already mentioned that Uranus is a blue ball, but Neptune wasn’t named after the Roman god of the sea for no reason. So our outermost planets are 2 blue balls, and boy are they cold! Although Uranus is colder on average than Neptune, you’d still need a very thick winter jacket to survive a day on Neptune. It gets about -214 degrees Celsius. Luckily a day only lasts 18 hours, which could slightly improve your chances of survival. You will need to be able to breath hydrogen, helium, and methane though. And if that isn’t hostile enough, the winds on Neptune can reach a staggering 600 meters per second. In 1989, astronomers recorded a storm going on on the surface of the planet. It was named the Great Dark Spot and it lasted 5 years for it to die down.

Neptune was not known by the ancients

Neptune wasn’t discovered until 1846 by Jean Joseph le Verrier. Even then, astronomers weren’t sure what they were dealing with. It’s very hard to locate a planet that far away, even though it has a mass 17 times heavier than Earth. The position of the planet was determined using mathematical predictions. It takes this blue ball quite a while to orbit the Sun. On July 11th, 2011, Neptune finally completed its first full orbit since discovery. It took 164.8 years to complete the trip around our star. This seems like a very long time, but remember, Neptune is very far away. The distance from Neptune to the Sun is 4.5 billion kilometers. So in those 164.8 years, it travelled more than 28 billion kilometers to complete its year.

It may come as no surprise that Neptune, as god of the sea, is the ruler of Pisces. Neptune is the planet of dreams, illusion, but also inspiration and confusion. When Neptune is active in your birth chart, we can see a childish, naive spirit that is combined with compassion.
Neptune’s slow movement makes its presence felt in certain generations, rather than in zodiac signs or daily horoscopes.
Spirituality, psychic sensitivity, and intuition are some of the positive effects Neptune can give you. It can however, also manifest itself through guilt, addiction, deception and deceit. So Neptune controls all that is below our own surface, it is definitely a strong planet that we should always take into account.

The myth behind the Taurus constellation

Taurus is one of the 12 zodiac star signs. Like all 12 birth constellations, Taurus has an ancient myth behind its creation. Read all about its history…

NASA is looking for marsquakes

With InSight, NASA is sending yet another Mars lander to the Red Planet. InSight is sent to measure temperature and shocks. Will Mars have marsquakes?…