The long way astronomy has come since prehistoric times is something that fascinates us here at the blog. We’ve talked plenty of how astronomy has played a crucial role in the development of early humans and of classical civilizations such as ancient Greece and Egypt. Not only did the observation of the night sky deeply influence these cultures, but these ancient civilizations have profoundly marked our world and our own modern understanding of astronomy in many ways.

However, keep in mind that the ancient Greeks and Egyptians weren’t alone in doing this. Most human societies, if not all, have looked up at the sky, have felt related to it and have tried to explain it in their own way. The sun, moon, planets, stars and other celestial objects were all a pivotal part of the daily life of prehistoric societies.

As such, natural phenomena such as the rising of the sun, the changing of the seasons and the appearance of different constellations throughout the year were associated with ritual activities. True, they served a symbological and spiritual purpose, but these astronomical events also had a practical nature: timekeeping, weather prediction, navigation, agriculture… The history of mankind can clearly prove how astronomy was culturally embedded in the traditions and practices of societies pretty much everywhere.

In this vein, for this new feature we’re going to delve into a new concept encompassing all of these issues: archaeoastronomy. What is archaeoastronomy and what does this strange word mean?

Archaeoastronomy: what is it?

To put it bluntly, bring together big words such as archeology and astronomy and… Voilà! There you have it, archaeoastronomy. Sometimes the simplest explanations are the most effective.

Basically, archaeoastronomy is the discipline that studies how people in the past have understood or tried to explain the phenomena they saw in the night sky. It doesn’t simply stop there, though. Astronomy played such an essential function for ancient cultures that archaestronomers find it compelling to try to explain how these phenomena were used and what they represented for the different ancient cultures known to us to this day.

In this way, archaeoastronomy is much more than a simple branch of astronomical study. It is a science in its own right, which aims to find correlations between the stars and the stones. In other words, the relation between celestial objects and archeological ruins and historic monuments. archaeoastronomy is therefore an interdisciplinary science lying somewhere in between architecture, archaeology and astronomy.

On these grounds, it is through the study of the connection between ancient monuments and celestial objects that scholars try to obtain a more precise understanding of the importance of cosmology and astronomy for our ancestors. Let’s take a look at some real life examples.

In order to answer the question of what archaeoastronomy is exactly, it’s best to take a look at the different relevant archaeological sites found around the world. These sites hold a central position in the discipline and continue to shed light on how the ancients related to the stars and astronomical phenomena. As you’ll see next, many of these sites behold special astronomical events such as the winter and summer solstices.

Located in Wiltshire, England, Stonehenge is one of the most famous ancient monuments on Earth. Dating back to the Bronze Age, Stonehenge is much more than a mere pile of stones: it’s actually one of the quintessential sites for archaeoastronomy! Stonehenge is made up of a circle of trilithons, which are structures consisting of two large vertical stone posts supporting a horizontal stone. 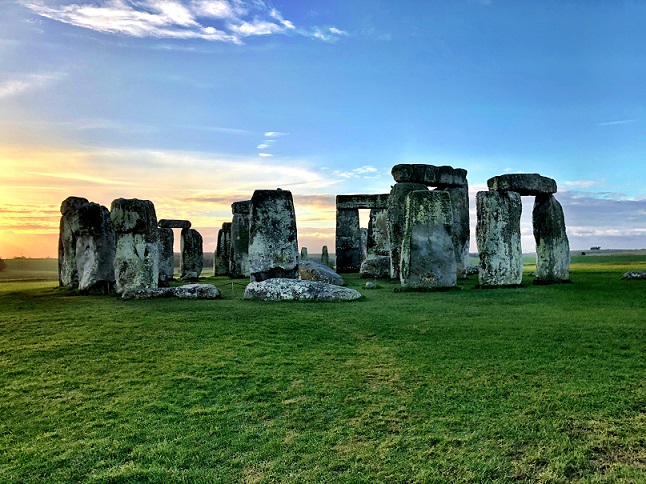 What’s unique about Stonehenge, and what really beguiles archaeoastronomers, is that it is perfectly aligned to the sunset of the winter solstice, as well as the opposing sunrise of the summer solstice. Astronomers and archaelogers alike continue to speculate on the meaning of this today, but it is generally acknowledged that it was a spiritual site for rituals.

This archeological site is found in the French region of Dordogne. The Lascaux Cave is a UNESCO World Heritage Site and it hosts cave paintings that are widely recognized as some of the best preserved examples of prehistoric art in the world.

What’s in it for archaeoastronomy? Well, recent research suggests that the cave paintings found in Lascaux may represent prehistoric star charts. In this way, the dot clusters within the painted images would represent the Taurus constellation. Isn’t it mind-blowing to think that our early ancestors would illustrate astronomical maps just as we do in present-day star charts?

The Great Pyramid of Giza

Astronomy was extremely important for the ancient Egyptians. For instance, the movements of the stars and the appearance of constellations represented an invaluable guide for agricultural purposes, yearly signaling the beginning of the flooding of the Nile. However, the relevance of the stars for this culture extends much further, as the Pharaohs themselves were thought to be destined to ascend to the stars after their death.

In this way, the position of the Great Pyramid of Giza, which served as a pharaonic tomb, was purposely thought out. The sides of the pyramid are oriented cardinally with extreme precision, pointing to specific points in the celestial meridian. Likewise, the shafts found on the north side of the Pyramid point to the Ursa Minor constellation, while the southern shafts point to Orion’s Belt. 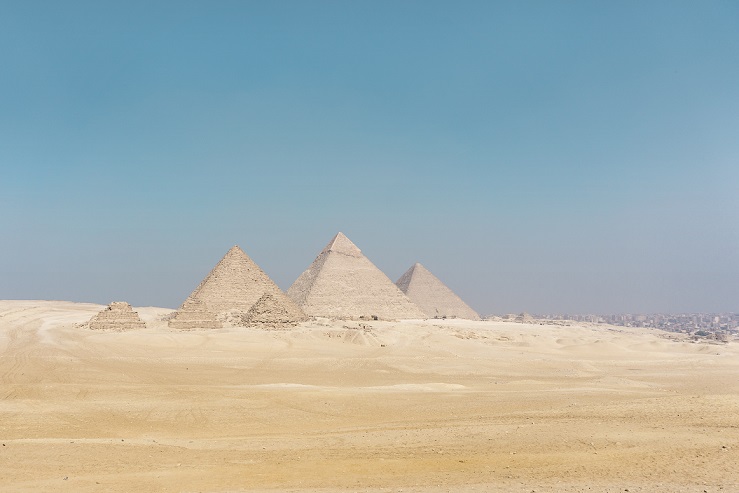 Archaeoastronomy says that the function of these shafts was to direct the Pharaoh to his destination of eternal rest in the sky. If you’re wondering where the Ursa Minor and Orion’s Belt are, all you have to do is take a look at star maps. Nowadays, these are available in many different formats, and even on phone cases!

We now go back to Europe, to Ireland this time, to visit the Newgrange Stone Age Passage Tomb, one of the main sites of study for archaeoastronomers. The Newgrange tomb is particularly famous for the Winter Solstice illumination, which every year lights up the passage and chamber found inside. During the Winter Solstice, the solar beams widen as the sun rises higher in the sky, until the whole tomb chamber is dramatically illuminated. Archaeological speculation and research suggest that the Winter Solstice was a time of rituals related to the concepts of renewal and birth.

Our mission to shed some light on what archaeoastronomy is now takes us to South America, to the sacred Inca town of Macchu Picchu, in present-day Peru. It is extensively known that the relationship of the Incas with the sky was complex and elaborate, and Machu Picchu is an obvious example of this.

The whole sacred town of Macchu Picchu was built in relation with the sky. For instance, the Torreon and the Sacred Plaza, two of the most emblematic sites found in Machu Picchu, perfectly point to the winter solstice, which in the southern hemisphere occurs in June. On the other hand, the summer solstice is also observed from another symbolical structure: the Intimachay cave. This natural cave was modified by the Incas in such a way as to allow astronomical observations from inside. 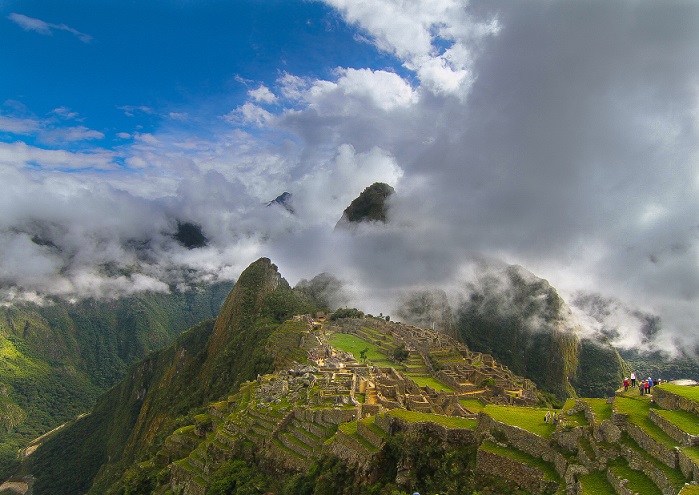 As we’ve seen through these examples, it is safe to say that archaeoastronomy has become a vital tool for a more complete understanding of the past. The study of famous monuments, historic sculptures and ancient temples enables us to better comprehend the symbolic interaction of our ancestors with the sky above. Make sure to stay posted to the blog as the sky holds so much more to discover!

A night of stargazing can be an experience just out of this world; and there is not a better way of doing that than with a good pair of stargazing binoculars.…

We've compiled for you a list with the 12 zodiac signs and their best zodiac matches.…