Naming a baby is no frivolous task. It’s a decision parents are faced with only once in their life of their child, and one that will mark their life for years and years to come. We might not always realize it, but a name can be important to someone because of many factors. All in all, a name can tell things about someone, about their origins, their gender, their beliefs or can even say something about their family. All the more reason to choose a graceful name for a child!

The moon is one of the most beautiful celestial objects in our night sky. Perched among all the stars, planets, and constellations, it's comprehensible that many parents would be inclined to bestow a name related to the moon for their little ones. Luckily, there are many names with lunar meanings, with provenances from different cultures and origins. And fortunately as well, some gorgeous Star Maps are available for astronomy enthusiasts who can’t get enough of the moon!

Since we’re sure you want to give your baby a truly unique name, we’ve put together this list of names for boys and girls meaning moon. What better way to name a child than by honoring a celestial body mankind has looked up and admired since times immemorial? These celestial names symbolizing the moon are truly unique and speak to something bigger than humanity. Your little girl or boy deserves an awesome name to match their special spirit and singularity!

Origins of the word “moon”

As most words in the English language, the word moon we know today is not exactly the same as it was at its origins. In reality, the word “moon” derives from the terms “moone” or “mon” in Old English or Anglo-Saxon. These words, in turn, have its roots in the ancient Greek, Italic, Celtic and Armenian languages. Although less frequent in English, the latin word “luna” is also a synonym for moon.

Now that we’ve covered this origin story, let’s go straight to the point : beautiful names for your child conveying the power of the moon ! 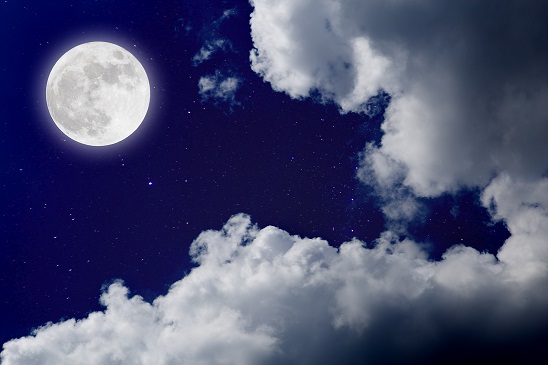 Our first name for this list goes way back to Ancient Greece. In Greek mythology, Selene was the titan goddess of the moon, who drove her white moon chariot across the heavens, night after night. Selene is strong and powerful girl name meaning moon. Other variants of the same name are Celene, Selena, or Celine, which are widely known due to pop stars of the same name (yes, we mean Celine Dion and Selena Gomez... who else?).

Fun fact: Selene is actually part of the Pleiades, an open star cluster located in the constellation of Taurus. These stars and constellations are perfectly distinguishable in the beautiful star maps by Under Lucky Stars.

Our second name for today’s feature is Luna. Spanish and Italian speakers will surely recognize this name : it literally means “moon” in their languages. The thing is, Luna was the Roman equivalent to the Greek goddess Selene, and her name has endured the test of time. Today it is a relatively infrequent but beautiful name for a girl.

The girl name Helen is the English form of the Greek name Helene, which in turn is derived from Selene (which as we’ve seen before was the moon goddess). As a matter of fact, in Ancient Greek the name “Helene” also signified “torch”. In this sense, the meaning is all the more beautiful. The moon is what illuminates and brightens our dark night skies, just as a torch would. Definitely a beautiful meaning behind a name for a girl.

Although boy names meaning “moon” are harder to find than their female counterparts, there are still some which beautiful names which convey a strong character. Aidan, also written as Aydan, is one of these, literally meaning "from the moon" in Turkish. Not be confused with the Irish and Gaelic name with the same spelling, which rather stands for “fire”.

Yet again another nod to classical Greek culture! No wonder, though, as in many ways the ancient Greeks laid the foundations of our civilization. Let’s get back to our main subject, though: wasn’t Atlas the Greek god who held the sky on his shoulders for all eternity ? Yes, he was, but Atlas is also the name given to one of the moons orbiting Jupiter. A great and powerful name for a boy! 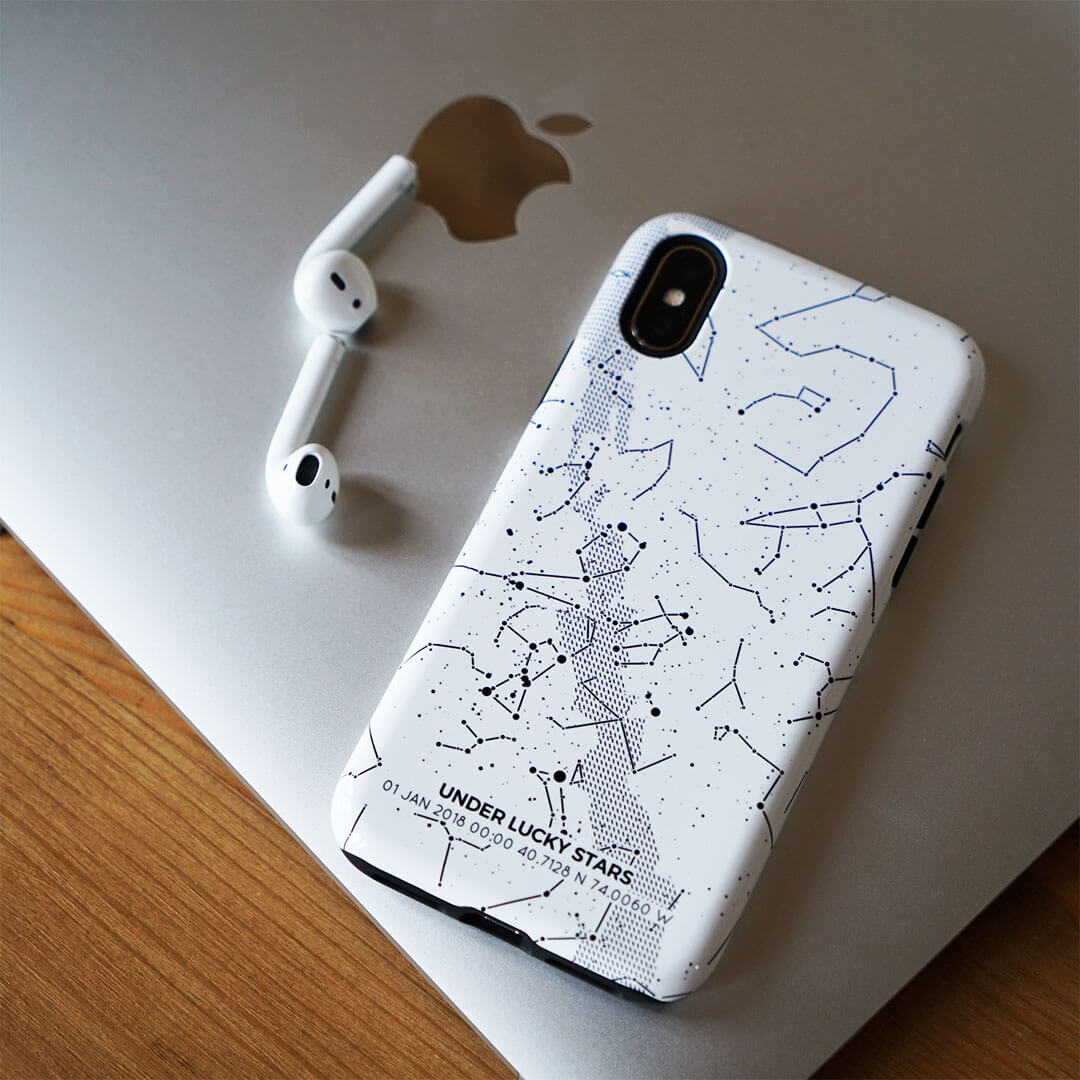 Happily for you, nowadays we don’t need Atlas to constantly hold up the heavens for us. We can actually carry a map of the skies in our pockets thanks to the nifty phone cases by Under Lucky Stars! How things have changed in modern times...
Kale In the same vein as the previous name on our list, Kale is also a brilliant masculine name which represents one of Jupiter’s moons.

Going back to girl names, Neoma is a beautiful celestial name that signifies “full moon” in Greek. Another version of this name is the more common Naomi, which is also a beautiful option to name a girl.

Who doesn’t like to pitch in their little grain of sand when it comes to choosing a name for a little one? It’s a chance to look ahead and dream of the new person to come to the world.…

Best places for stargazing in the US

The artificial lights from the cities tend to obscure the sky’s natural darkness even on the clearest nights. However, there are still some wilderness spots that retain the natural lights cape across the country.…