Norse mythology is fascinating, and its influx is still very present nowadays in Marvel films like Thor Ragnarök or in TV series such as Vikings.

Being the northernmost extension of Germanic mythology, it consists of tales of various deities, beings, and heroes derived from numerous sources from both before and after the pagan period, including archaeological representations, medieval manuscripts, and folk tradition.

A lack of preservation

Unlike other Indo-Europeans like the Greeks and the Romans, there are no surviving Old Norse names for the planets that identified them with gods in the Scandinavian pantheon, although clearly Old Norse preserved the deity/planet names in adaptation of the words for the days of the week. 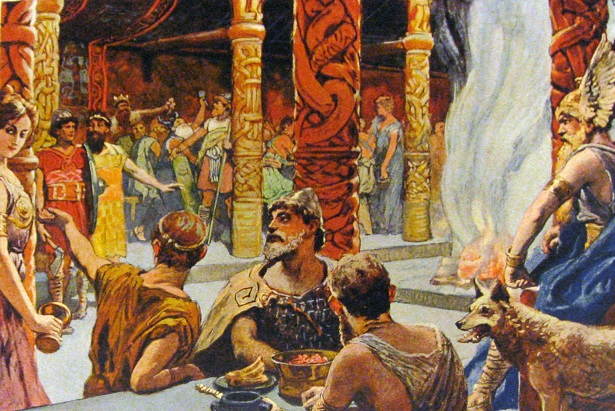 One remarkable thing is that, despite a rich oral and written tradition, very little has been preserved, which is why the material is not abundant. There were two major issues: the use of Latin and Greek/Roman names during the medieval period, and the Romanticism in the19th century, where “new” names and traditions arose. Even today, the inventions of names and traditions continue.

Mentions of stars, for example, are often ambiguous. "The Star" (stjarna) indicated the constellation of the Pleiades, used for winter timekeeping at night. (Cleasby & Vígfusson An Icelandic-English Dictionary p. 594 s.v. stjarna). However, to sailors "The Star" was the "lode-star" (leiðarstjarna) that we recognize as the North Star or Polaris today. Or the same term might instead refer to Arcturus, the brightest star of the northern hemisphere, which was also termed the vagnstjarna or "wagon-star" because of its nearness to the constellation of The Wagon (Ursa Major), which is discussed below (Cleasby & Vígfusson, loc. cit.).

Observations of the stars and the sun are also a way of telling time. Local landmarks are used in combination with observations to tell the time. The Vikings were aware of the difference between “sun-time” and “star-time”. The existence of a Norse calendar is mentioned in the Icelandic chronicle “Íslendingabók”, a calendar reform around AD955, used from the 8th century till the 12th century, when the Julian calendar was introduced. It is likely that the Icelandic calendar was based on astronomical observations. 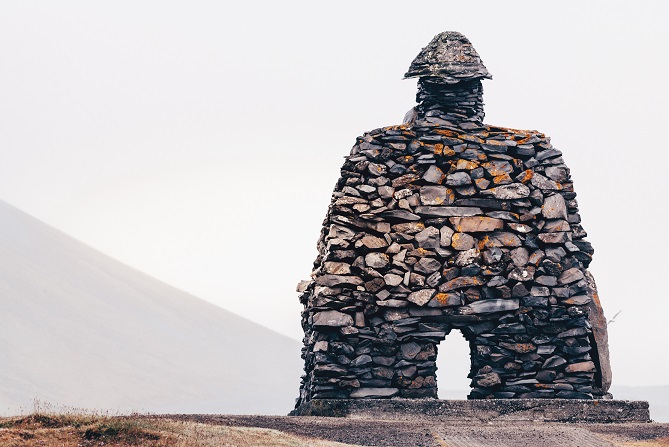 It is known that Oddi Helgason, who was called Stjerna Oddi (Star Oddi), developed tables on the basis of his observations (approx. 1100–1150), which enabled to perform calendar calculations, and determine the time of solstices and equinoxes, the divergence from the Julian calendar, the weekly height of the sun and the azimuths of sunrise and sunset.

Therefore, in the 12th century, knowledge of astronomy in Iceland met the general standards of the time and probably corresponded to the knowledge in all of Europe. Secondly, since in the 12th century astronomy was practiced at a high level and was very popular, a scientific description of the world, including a sky map, must have been in use at the time. Lastly, Vikings had long had a reputation for being skilled navigators. Their shipways reached deep into ancient areas and navigation was based on good knowledge of the stellar sky.

It is likely that astronomy properly reached the Viking world considerably earlier than in the specified 12th century. Therefore, it is very possible that a traditional sky map could have been used in these regions in the 13th century, and, of course, much earlier, on the basis of which constellations had been named/interpreted according to a given mythology and then supported with a corresponding narrative to simplify orientation.

Speaking of star maps, if you are reading this, it’s very likely you are an astrology aficionado. Wouldn’t it be great to have your own personal star map customized map of a date that’s especially relevant for you? That’s exactly what Under Lucky Stars provides, as well as customized phone cases with your star map printed in them. A perfect way to freeze in time your favourite moment.

But let’s continue with the Norse astrology. Bjorn Jónsson (1920– 1995), author of the book Star Myths of the Vikings (Jónsson 1994), was determined to find links between the Old Scandinavian and traditional stellar skies. In order to do so, he selected extracts of possible astronomical content from the works of Snorri Sturluson and used these to build a cosmological system. 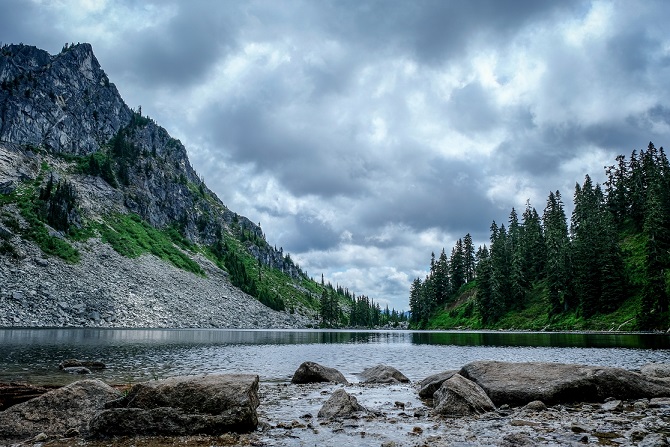 At first, the author claimed that Snorri’s Edda (also known as the Younger Edda or the Prose Edda), which dates back to the 13th century, can to some extent be interpreted as a collection of astronomical texts, even though its author, Snorri Sturluson, never confirmed that, possibly owing to the reason that church officials of the time viewed any knowledge of astronomy as an expression of a pagan mindset. The author also claims that since in the prologue to Snorri’s Edda, Sturluson referred to the similarity of the Scandinavian polytheist system to that of the antiquities, he has chosen to use the mythological schemes of the Old World in his interpretations.

In Völuspa, the origin of the stars and planets are mentioned, as well as their end at Ragnarök. According to those texts, the world was created from the body of the giant Ymer, whose skull formed the firmament and was held in place by four dwarves, where sparks from Muspellheim form the stars. Their place in the sky was determined by the gods and some were given paths they will roam.

In prosaic Edda, a textbook on writing poetry, we find more stories where stars are mentioned. As in the Greek mythology, these stories explain how they ended up in the sky.

There is another interesting object of discussion in the Eddas: Bifrost, often identified as the name of the rainbow or the Milky Way. There are two interpretations. In the north-western European tradition, the rainbow is the road of the dead. This road is called the road to hell in Norse mythology, the realm of the dead. But the rainbow could also be the road to the “other” world. The name Bifrost originates from two words, bif, the shimmering, the trembling, or the multi coloured, and rost, the road. In the poetic Edda, Bifrost is described as the shimmering road and as the road to Asgard, something that is inconsistent with the rainbow. 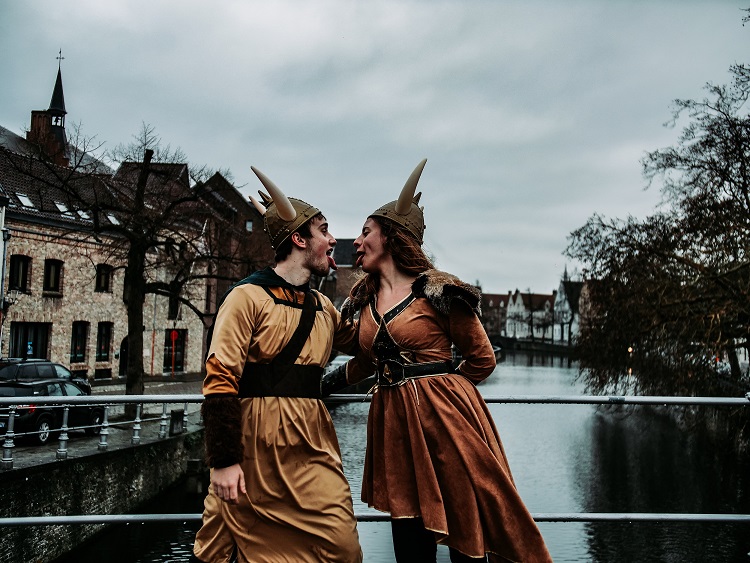 Bjorn Jónsson started with interpreting constellations in the Milky Way area, which, according to him, represented the world tree Yggdrasill. It is very difficult to ascribe the interpretation of this area of sky to any specific nation. It has been thought that visually the Milky Way is more similar to a tree especially in Northern areas at lower latitudes, where the association with a pathway or a river is more common, whereas the latter is almost never mentioned in the north.

Therefore, identifying the large ash tree Yggdrasill with the Milky Way, was a logical solution for Scandinavian regions. The Milky Way is observed far into the south, which is highly likely considering that the Vikings also travelled in the Mediterranean area. The interpretation of some constellations on the Milky Way (Swan, Eagle, Ratatosk, Snake) is also likely, the rest may be too hypothetical.

The ecliptic is important in the cosmological sense. The abode of the gods is above the ecliptic and the underworld inhabited by the monsters and the dead is below. According to this principle and proceeding from the world tree, Bjorn Jónsson started to associate the text of Edda with the sky map.

The result of his interpretation is a unique version of the traditional sky map, that is of course arguable, but in principle, such an approach is justified. If such a representation of the sky (sky map) did exist and was widely used, then this could have wiped out earlier truly folk astronomical knowledge of the sky. But because it is relatively new and nonauthentic/ folk astronomy, it was not preserved and completely replaced by the classical sky map in the course of later ideological attacks. And this also hypothetically explanation why so little folk astronomical material has been preserved in Scandinavia.

The History of Astronomy: A Timeline

Who doesn’t like to pitch in their little grain of sand when it comes to choosing a name for a little one? It’s a chance to look ahead and dream of the new person to come to the world.…