Who hasn’t gazed up to the night sky and wondered how astronomy was born? Who were the first people to look to the stars and constellations and name them? Who figured out the patterns and movements of the sky? Astronomy has always fascinated mankind, in our desire to understand our place among the cosmos. From the early humans who gave mythological meanings to the celestial objects they saw above, to our modern times, in which our understanding of the universe has made us realize how small we are in the grand scheme of things.

Actually, astronomy is the oldest science known to man. It is generally believed that the Ancient Greeks first developed astronomy to a highly sophisticated level. The Hellenistic civilization treated astronomy as another branch of mathematics, and attempted to explain the motion of the planets and stars through geometrical and even three-dimensional models. 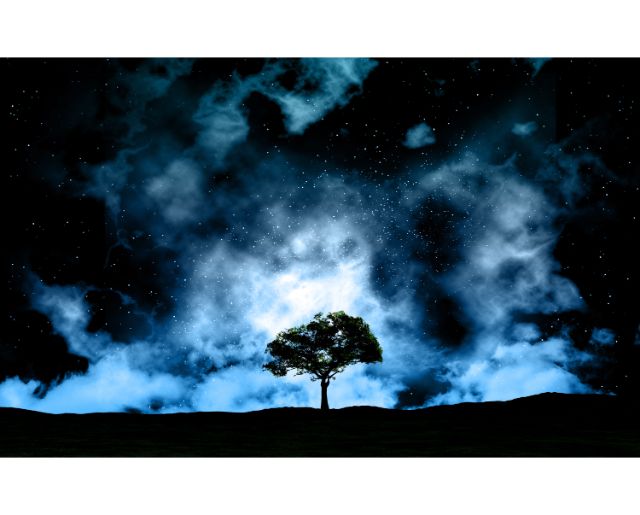 However, researchers throughout the twentieth century have found that the Greeks weren’t exactly the first to do this. In fact, for earlier civilizations than the Greeks, astronomy also had a central importance in their culture, beliefs and knowledge. The first astronomical observatories have been found among archeological remains of ancient civilizations, most notably in Mesopotamia and Central America.

The reason for which astronomy played such a central role in these cultures is because it allowed our ancestors to keep track of the passage of the seasons. Without astronomy, and before the time of smartphones and precise maps, it was through astronomical observations that travelers and sailors could find their way through a vast and unexplored world. Not only that, but astronomy was also a key factor in the development of agriculture, as farmers would keep track of celestial movements in order to determine the best time to plant or harvest.

It is in honor of the oldest science known to our species that for today’s feature we bring you a timeline of the history of astronomy. Hop on our time machine and brace yourself for a fascinating voyage through the ages !

A timeline of the history of Astronomy

We have very little in the form of recorded information on early man's impression of the heavens. What we know comes mostly from drawings and rock carvings of eclipses, comets, and supernovae from different parts of the world. An example of this is the Pueblo Petrograph found in Mexico, which dates back to almost two thousand years B.C. In many ways, these petroglyphs were the ancient forerunners of modern day star maps, which depict a detailed alignment of the stars and planets as seen from Earth.

Moving ahead to a few centuries later, it was the Babylonians who produced the earliest written records of astronomical observations. The Mesopotamian civilizations recorded the patterns they say with regard to the positions of planets and stars, or even to predict when eclipses would happen. Similarly, other cultures did the same, such as the early Chinese, the Central Americans or even Northern Europeans. Proof of the latter is the world-famous Stonehenge, which was used as a sort of giant calendar to calculate the position of the planets and the Sun. 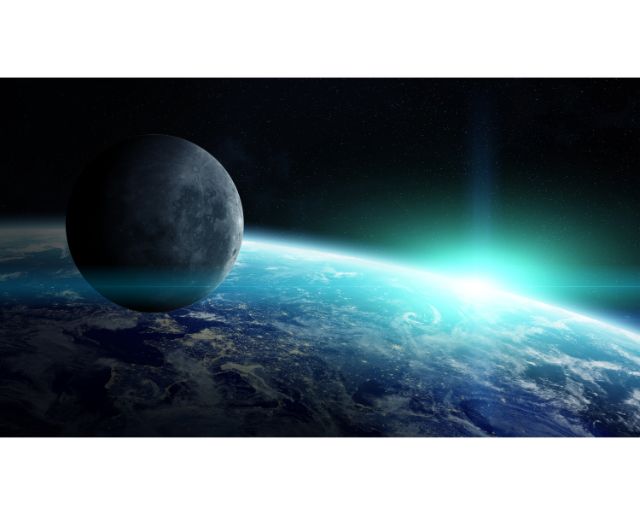 However, we owe mostly to the Babylonians for our current comprehension and classification of celestial objects in the sky. Why? Because they deeply influenced the Hellenistic culture, which in turn laid the foundations of our civilization. Next stop in our timeline of the history of astronomy: Ancient Greece!

Antiquity and the Ancient Greeks

After the Babylonians, it was the ancient Greeks who inherited their astronomical records and observations. In turn, the Greeks applied this knowledge to build their own understanding of the universe. It was a civilization profoundly marked by a quest to answer the bigger questions of life, as well as the way the universe works and behaves.

In fact, Homer, the legendary author of the Iliad and the Odyssey, already mentioned a handful of constellations in his epic poems, the Odyssey and the Iliad, around 700 B.C. However, our most valuable records of the Greek’s understanding of astronomy emerged a bit later. In the third century before our era, the poet Aratus described most of the constellations known to the Greeks in a poem called Phaenomena.

Even more valuably, in the first century of our era, the Greek astronomer Ptolemy catalogued 48 constellations and 1022 stars, and estimated their brightness. It’s hard to belittle the importance of the figure of Ptolemy in the history of astronomy. On these grounds, he created a model of the solar system that made accurate predictions of planetary positions, and which was used for centuries. He was also one of the first astronomers to realize that the Earth is a planet orbiting the Sun, and not the other way around. Not bad considering telescopes didn’t exist back in the day!

Curiously enough, the same constellations and stars listed by Ptolemy can be found in modern day astronomical prints and star maps, such as those made by Under Lucky Stars.

Fast forward just a tad on our timeline of the history of astronomy, and we now find ourselves in the Middle Ages. The Middle Ages are generally considered a dark age for scientific knowledge due to the advent of religious influence in Europe.

However, it was the Middle East who took over the advances achieved by the Greeks. Astronomy flourished throughout the Muslim world from the 9th century to the 16th century A.D., throughout Arab states of the time, as well as in Persia and Central Asia. Accordingly, great astronomical observatories were built during this golden age for astronomy in what is now known as Iraq, Syria, Turkey, Iran and Uzbekistan. Besides, the heritage of Arabic astronomy is well alive today: hundreds of stars and constellations have Arabic names, such as Altair, Deneb, Vega and Rigel, or lunar craters bearing the names of Muslim astrono­mers, such as Alfraganus, Albategnius and Azophi.

It took Western civilizations a while to catch up with their Middle Eastern counterparts, but they eventually did. 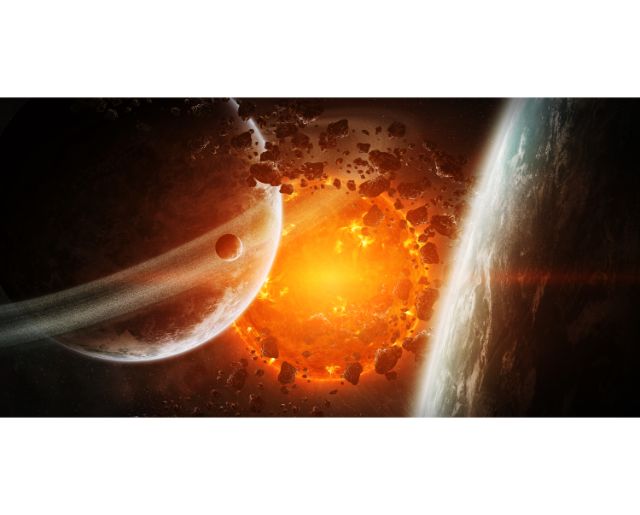 Astronomy in the Enlightenment and the Renaissance

Our trip through the timeline of the history of astronomy now takes us to Torun, a small city in present day Poland, in 1473. On February 19, astronomer Nicolaus Copernicus was born. Copernicus was a scholar who studied mathematics, optics, and canon or church law. But as many before him, what really fascinated him were the heavens visible from Earth. Copernicus is considered the father of modern astronomy because he conceived the first heliocentric or sun-centered theory of the Solar System, also known as the Copernican system.

One century after Copernicus rose another prominent figure in the history of astronomy: Galileo Galilei. This historically famous astronomer was the first person to use a telescope to look at celestial bodies. Working on the foundations of his predecessors, his work and observations represented a huge leap forward for astronomy during the 17th century. Among other discoveries, Galileo identified the four brightest moons of Jupiter and proved that there are objects within the Solar System that don't revolve around the Sun.

Copernicus and Galileo are the two most important astronomers of the Renaissance, as their contributions to astronomy laid, without any doubt, the groundwork for modern astronomy. If these two historical figures were alive today, they would be amazed by the precision of modern-day star maps, which can even be carried in our pockets in the form of phone cases! 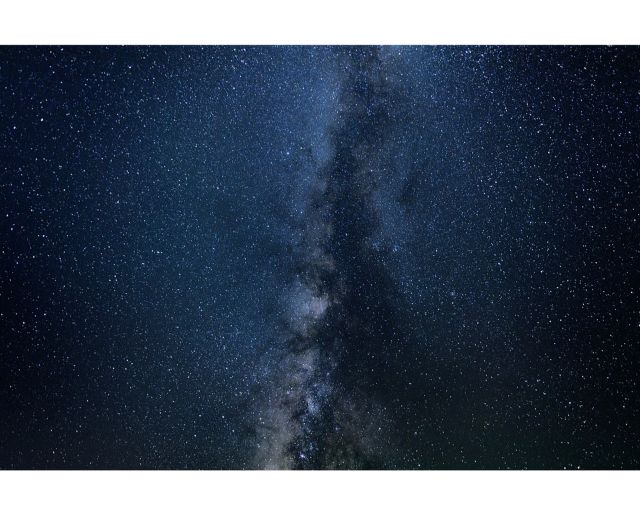 Modern astronomy owes its development to the development of mathematics since the time of Ancient Greece and the invention of observational instruments towards the end of the Middle Ages. However, modern astronomy has evolved much further than the mere observation of the sky. Nowadays, most modern astronomical research deals with subjects related to physics, which is why experts have coined the term astrophysics to describe it.

Nevertheless, contemporary astronomers continue the work of our ancestors with the same goal: to deepen our understanding of the universe that surrounds us. Modern astronomical research attempts to explore the confines of the universe and explain how it behaves throughout time, from the Big Bang to the present. With our modern technology, astronomical discoveries are frequent, and each is more surprising than the last: astronomers have classified planets, stars, supernovas, galaxies and black holes as far as 13.3 billion light-years from Earth. And our quest for knowledge will not fade out soon.

Stay tuned to our blog for more stories on the universe that surrounds us!

Cassiopeia, Cepheus, Draco, Ursa Major and Ursa Minor, there are several prominent constellations that dominate the sky during the summer.…

When did norse mythology start?

Being the northernmost extension of Germanic mythology, it consists of tales of various deities, beings, and heroes derived from numerous sources from both before and after the pagan period…