Without darkness there is no light, or so they say. A cliché we’ve all surely heard countless times without giving it as much as a second thought. Truth is, light is ever so present in our lives, from the rays of the sun, to our bedside lamps, to the light given off by the moon or the stars… But do we know what light is exactly? What are the properties of light? Do we realize how important light is or do we take it for granted? Surely, most of the time we take it for granted. And that’s why we’re here today. To shed some light (pun intended) on what the properties of light are.

We’ve delved extensively in the blog into many different subjects related to astronomy and the night sky. We’ve discussed a bit of everything: supernovas, galaxies, ancient Greek myths concerning different constellations, ultra-precise star charts commemorating special dates, the history of astronomy, the zodiac… And much more. Today we’re going to get just a tad more scientific and touch on some physics. It’s never uncalled for to learn something new. Keep reading to find out what the properties of light are! 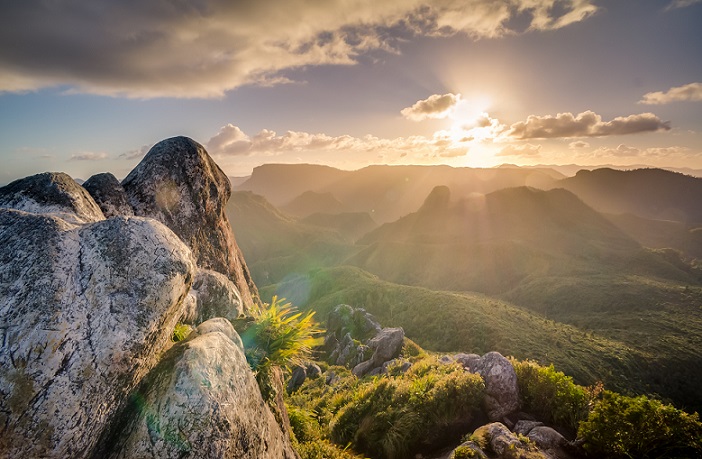 Light is what helps us see and perceive the world around us. In this sense, it deeply shapes and conditions how we experience and observe our reality. However, what is the definition of light? How can we explain it? Long story short: light can be defined as a form of electromagnetic radiation emitted by hot or burning objects. This radiation shows properties and behaves as both waves and particles. Obviously, the primary source of light on our planet is the Sun, but we also receive light from celestial objects such as the Moon and the stars.

Light exists in tiny energy clusters called photons. These are massless particles that travel with wavelike properties. The speed at which these particles travel is known as the speed of light. You’ve probably heard the term before in many sci-fi movies and novels. In reality, though, the speed of light is a fundamental constant of nature. This constant basically represents the framework of modern physics and science. For those wanting to get more technical, the exact speed is 299,792,458 meters per second. Just think of it this way: if you could travel at the speed of light, you could go around the Earth seven times in one second... And you’d still have some time left to go halfway!

For instance, take your nearest map of the stars at hand, and look for the Alpha Centauri star, which we’ve mentioned in the blog before. The star Alpha Centauri is about four light-years away, so light from Alpha Centauri takes four years to get to the Earth. 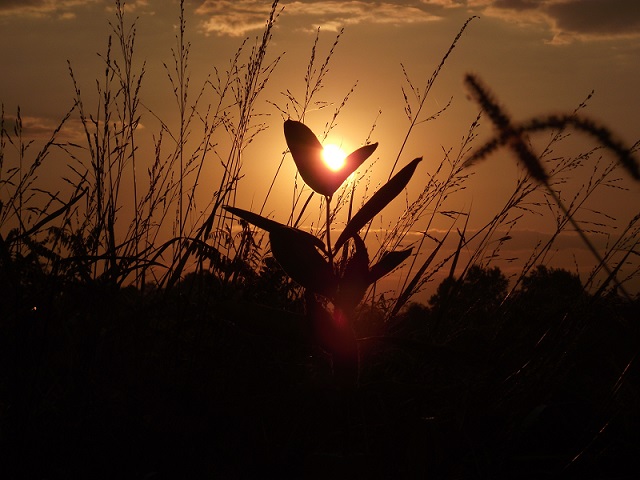 This calculation could easily be done for any star, such as Polaris, Sirius or Canopus. A practical way of locating these stars in the night sky, amid their constellations, is through the help of a star chart, which today are even available as nifty phone cases!

What’s more, this takes us to our main act: what are the properties of light?

The Main Properties of Light

Let’s go straight to the point: the main properties of visible light are intensity, propagation direction, frequency and polarization. What do these properties of light mean?

The intensity of light can be understood as its strength. Think of a bright and powerful beam of light compared to a feebler beam. The brighter beam of light will have more units of light traveling during the same period of time, say one second. The amount of particles in it, or photons, will determine the intensity of the beam. This explains why the Sun, the closest star to Earth, is the main source of light on our planet. 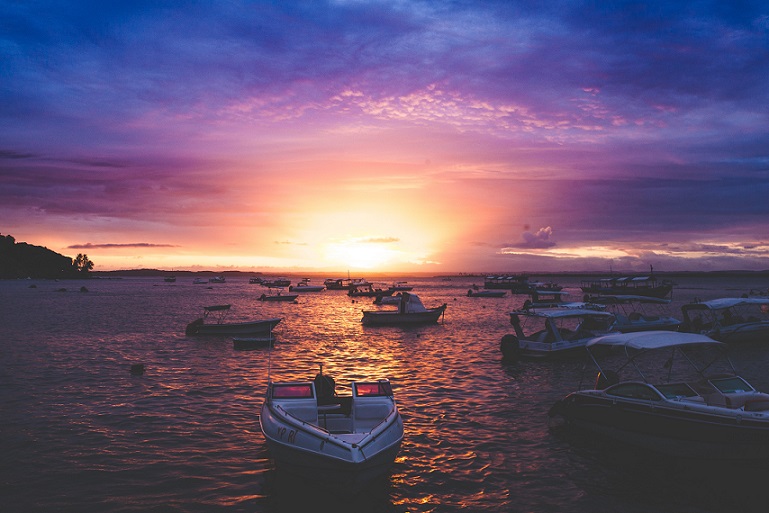 Now that we’ve established what the intensity of light represents, let’s move on to the propagation direction of light. This property of light basically refers to the manner in which light waves transfer their energy from one point to another. Three main processes occur when light passes moves from one medium to another: transmission, reflection and refraction. Transmission happens when a wave encounters an obstacle, for example a slit, or a transparent or semi-transparent material, that is comparable in size to its wavelength. In other words, transmission occurs when light waves move all the way through a material without being absorbed.

On the other hand, reflection is the bouncing of light off an object. If the surface is smooth and shiny, like glass, water or polished metal, the light will reflect at the same angle as it hit the surface. This behavior of light is called specular reflection. Finally, refraction is the change in direction of a wave, caused by the change in the wave's speed. For example, when a light wave travels through air and then passes into water, the wave will slow down and change its direction. As light goes into a medium which is denser, the light ray will bend and change its trajectory. In practical terms, this is why objects underwater look to us bent or wavy, or different then how we normally see them.

Last but not least of the main properties of light is polarization. Polarization of light is basically the phenomena that explains how light particles are scattered through vibrations along a single plane. This is known as polarized light. Contrarily, unpolarized light has photons vibrating in every direction. Why is this important? Well, for instance polarization explains why we see the sky as blue. Blue light is scattered in all directions by tiny molecules of air in the atmosphere. Blue is scattered more than other colors because it travels as shorter, smaller waves. We could therefore say blue light has a higher frequency than other colors, which is why we see a blue sky most of the time. 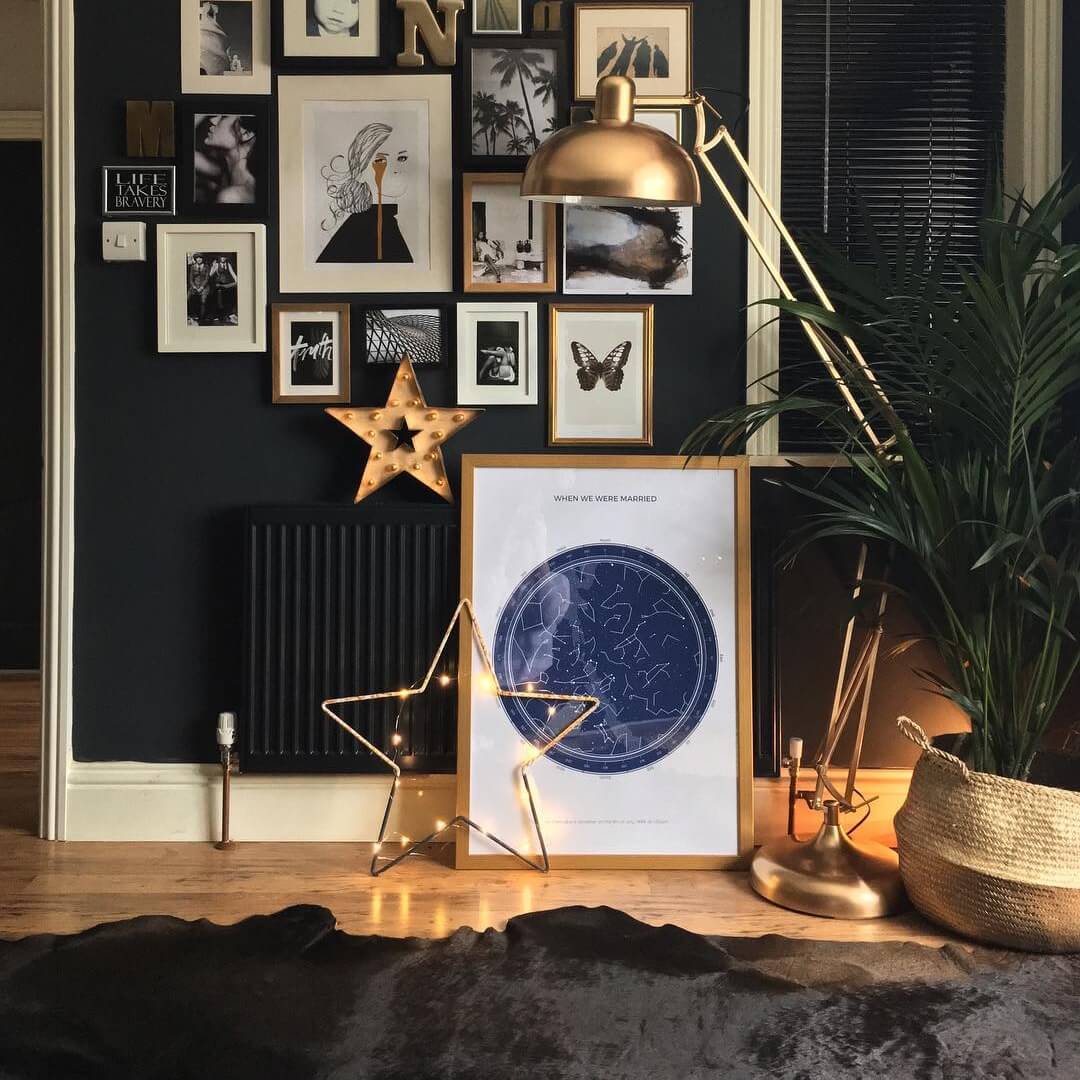 At night, we see the sky as dark because there’s a much lesser intensity of light coming from the sun, due to the Earth’s angle. Understanding the main properties of light and their behavior is decisive for many disciplines, such as photography or film. In the case of astronomy, it’s crucial in the design of modern-day telescopes and calculating the distance of the stars from Earth. And without this knowledge it would be impossible for Under Lucky Stars to craft their unique and gorgeous star maps!

However, the study of astronomy is now not merely confined to the observation of stars and other heavenly bodies.…

What are asteroids made of?

Asteroids are the solid, rocky and irregular bodies remnants of the protoplanetary disk of dust and gas that formed around the Sun over 4.6 billion years ago.…