How can you fight climate change?

At Under Lucky Stars we offset our carbon footprint every year. We encourage you to do the same with your personal CO2 emission and convince your place of employment to do so, too.

But we know it's not enough.

We decided to prepare this guide to make you more effective in fighting the climate crisis.

Reducing your emission is not enough

If you have been trying to save power, flying less frequently, buying locally produced goods, eating less meat or perhaps you drive an electric car — kudos to you.

However, you should know that those acts, while certainly help, will not be enough to mitigate the effects of climate change. Not by a long shot. 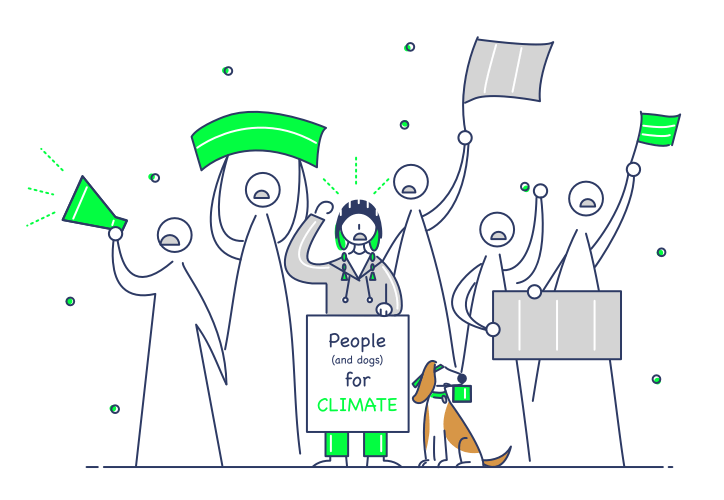 What will make the real difference?

The massive systemic changes required to reduce greenhouse gas emissions have to come from governments, because they have the power to affect all major emitters uniformly. The kind of change we need is a political one; lifestyle changes of concerned individuals will not cut it.

That's why Greta is amazing. Our generation needs a face, a role model, an idol — an MLK of our time — to embody the political power we have to build up.

To apply pressure on the decision makers, protesting is a great start. However, protesting is only effective if it leads to more effective political engagement, like voting and lobbying. So let's talk about what need to vote and lobby for. 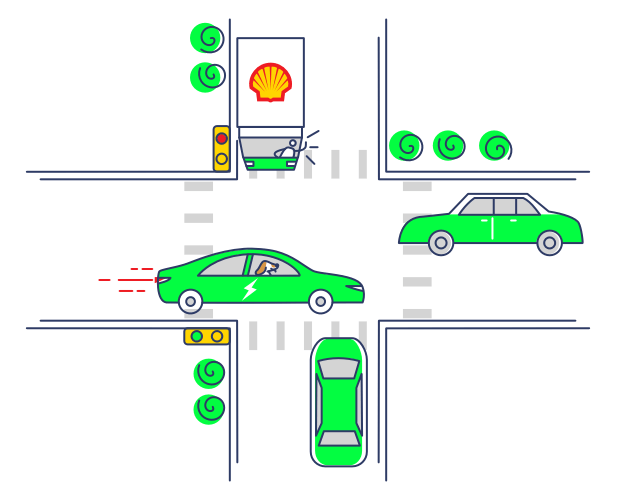 Luckily, we have a policy solution to mitigate the effects of climate change. In fact, it's so powerful, it won a Nobel Prize. It's called carbon pricing.

The basic idea is simple: apply the cost of carbon emissions to the emitters — in manufacturing, construction, energy production, agriculture, etc — in form of a tax, and then distribute the proceeds among the citizens in form of a carbon dividend.

Thus far, the costs of carbon emissions have been paid by the society and not the emitters, effectively subsidizing emission. Think health care spend, climate related disasters, agricultural impact, etc. According to IMF research, most of the $5.2 trillion in subsidies for fossil fuels come from not taxing carbon as we should. The cost associated with these negative externalities is expected to rise sharply in the following years.

There is a consensus among scientists and economists that carbon tax is the most effective solution in mitigating climate change — an agreement as strong as the consensus among climatologists that human activity is responsible for global warming. 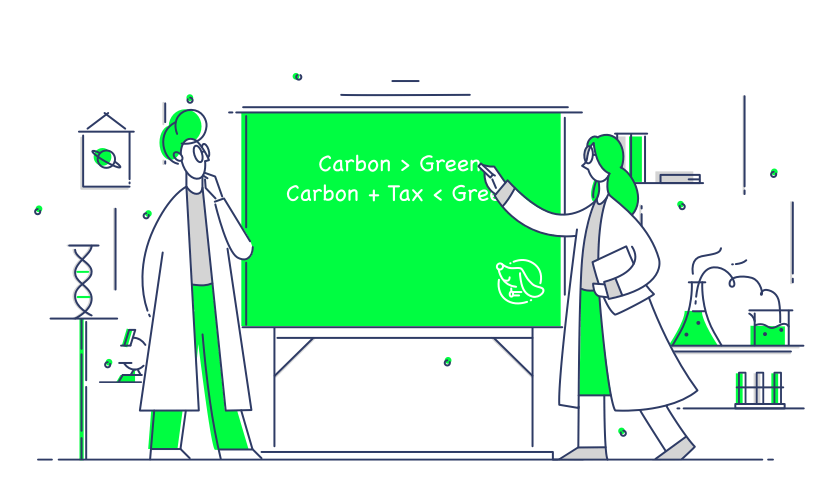 Money in your pocket

Putting the price upstream where the fossil fuels enter the market makes it simple, easily enforceable, and bureaucratically lean. Returning the revenue as an equitable dividend — cash in your pocket — offsets any regressive effects of the tax.

In fact, ~60% of the public would receive more in dividend than they paid in tax. This, in turn, allows for a higher carbon price (which is what matters for climate mitigation) because the public isn't willing to pay anywhere near what's needed otherwise.

Enacting a border tax would protect domestic businesses from foreign producers not saddled with similar pollution taxes, and also incentivize those countries to enact their own.

A carbon tax is expected to spur innovation and change the financial incentives of using renewable energy versus fossil fuels so that companies are motivated to invest in green energy and reduction in emissions. 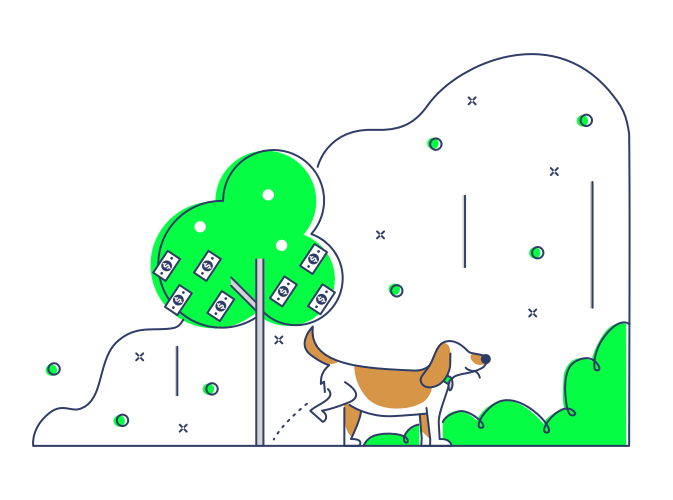 The cost of inaction

Conservative estimates are that failing to mitigate climate change will cost us 10% of GDP over 50 years, starting about now. In contrast, carbon taxes may actually boost GDP, if the revenue is returned as an equitable dividend to households (the poor tend to spend money when they've got it, which boosts economic growth) not to mention create jobs and save lives.

Taxing carbon is in each nation's own best interest (it saves lives at home) and many nations have already started, which can have knock-on effects in other countries. In poor countries, taxing carbon is progressive even before considering smart revenue uses, because only the "rich" can afford fossil fuels in the first place.

We won’t wean ourselves off fossil fuels without a carbon tax, the longer we wait to take action the more expensive it will be. Each year we delay costs ~$900 billion.

It's the smart thing to do, and the IPCC report made clear pricing carbon is necessary if we want to meet our 1.5 ºC target.

Contrary to popular belief the main barrier isn't lack of public support. But we can't keep hoping others will solve this problem for us. We need to take the necessary steps to make this dream a reality. 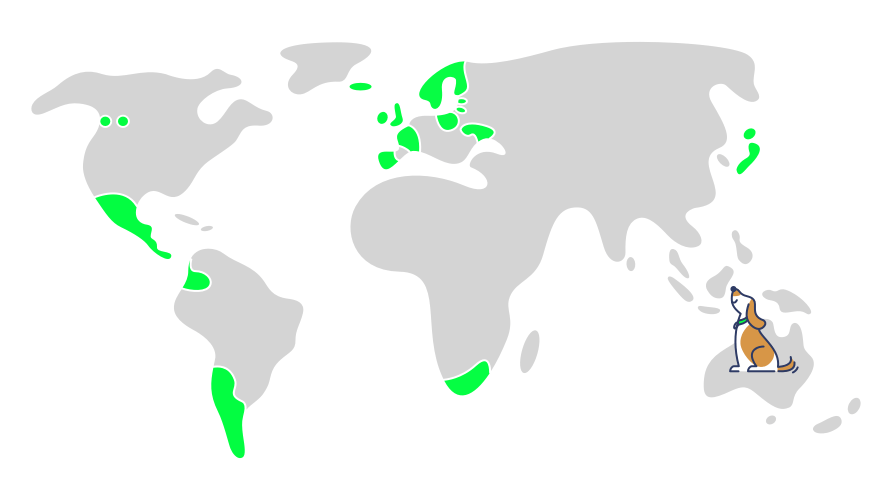 Lobby for the change we need. Lobbying works, and you don't need a lot of money to be effective (though it does help to educate yourself on effective tactics). If you're too busy to go through the free training, sign up for text alerts to join coordinated call-in days (it works) or set yourself a monthly reminder to write a letter to your elected officials. According to NASA climatologist and climate activist Dr. James Hansen, becoming an active volunteer with Citizens' Climate Lobby is the most important thing you can do for climate change, and climatologist Dr. Michael Mann calls its Carbon Fee & Dividend policy an example of sort of visionary policy that's needed.

Besides protesting, lobbying, and voting, the best you can do is to educate yourself and your peers. Spread the word, talk about climate change and carbon tax to your friends, family, and colleagues. Talking to people about climate change is an effective way to increase acceptance of the science.

We have a plan, we just need to get our decision makers to execute it. 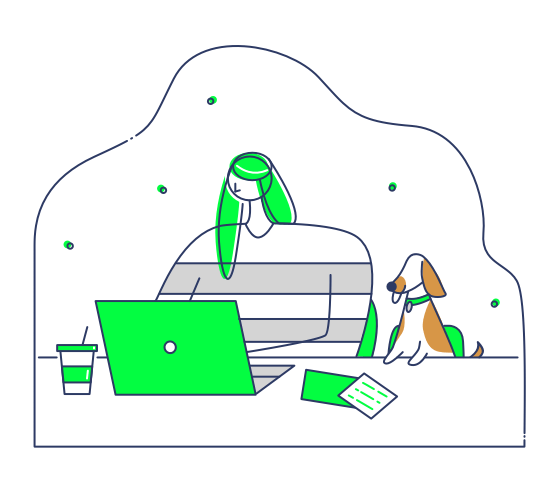 Thanks to ILikeNeurons for the research.