As a kid I dreamt of being famous, I really wanted to be a star. I didn’t even care if I became a singer, an actor, or a football player, as long as I achieved that desired stardom. And obviously I am not the only one. A lot of people want to be a star. Even more people want to know all about the stars. In the tabloids they read what they do, where they eat. It somehow makes them fantasize about being a star for a moment. What most people don’t realise that you should study astronomy instead of the tabloids to make those fantasies come true. Because then you would learn that you already are a star!

Your body is made up out of old stars, and we don’t mean The Rolling Stones. The expression made of stardust, or star stuff as Carl Sagan would call it, is correct. In your body there are elements that used to be part of stars that stopped existing many years ago. These elements are only made in dying stars. Maybe you have stardust in you of solar systems that contained extraterrestrial life. So let’s get a bit technical and see how this works exactly.

The elements of life

The term CHNOPS stands for carbon, hydrogen, nitrogen, oxygen, phosphorus and sulfur. These elements are considered the most important elements whose combinations make up a very important part for life on Earth. Now, through a technology called spectroscopy, astronomers have researched the presence of these elements in stars. By examining the wavelengths that these elements emit from within a star, scientists have been able to measure their abundance. In other words, by looking at the flickering of the light emitted by stars, astronomers have determined how much of those 6 elements can be found in the stars.

The scientists used a spectrograph from an experiment called APOGEE (Apache Point Observatory Galactic Evolution Experiment) set up by Sloan’s Digital Sky Survey. The spectrograph collects light in the near-infrared part of the electromagnetic spectrum and disperses it, like a prism, to reveal signatures of different elements in the atmospheres of stars. They surveyed almost 200,000 stars and they discovered overlap with the stars researched by the NASA Kepler mission. This mission was designed to find potentially Earth-like planets. The research showed that the elements CHNOPS are found in the surveyed stars.

Atoms, the building blocks of molecules, pretty much have a never ending life span. So when a star goes supernova, all atoms used in that solar system will live on. They will drift until somewhere they will be used again. A very tiny part of those atoms, yet still a very large number, will reach Earth and are used to form new molecules such as carbon, hydrogen, nitrogen, oxygen, phosphorus or sulfur. These molecules at their turn could very well become part of an organ inside your body. We need stars to die in order to have enough atoms to form life here on our own planet. 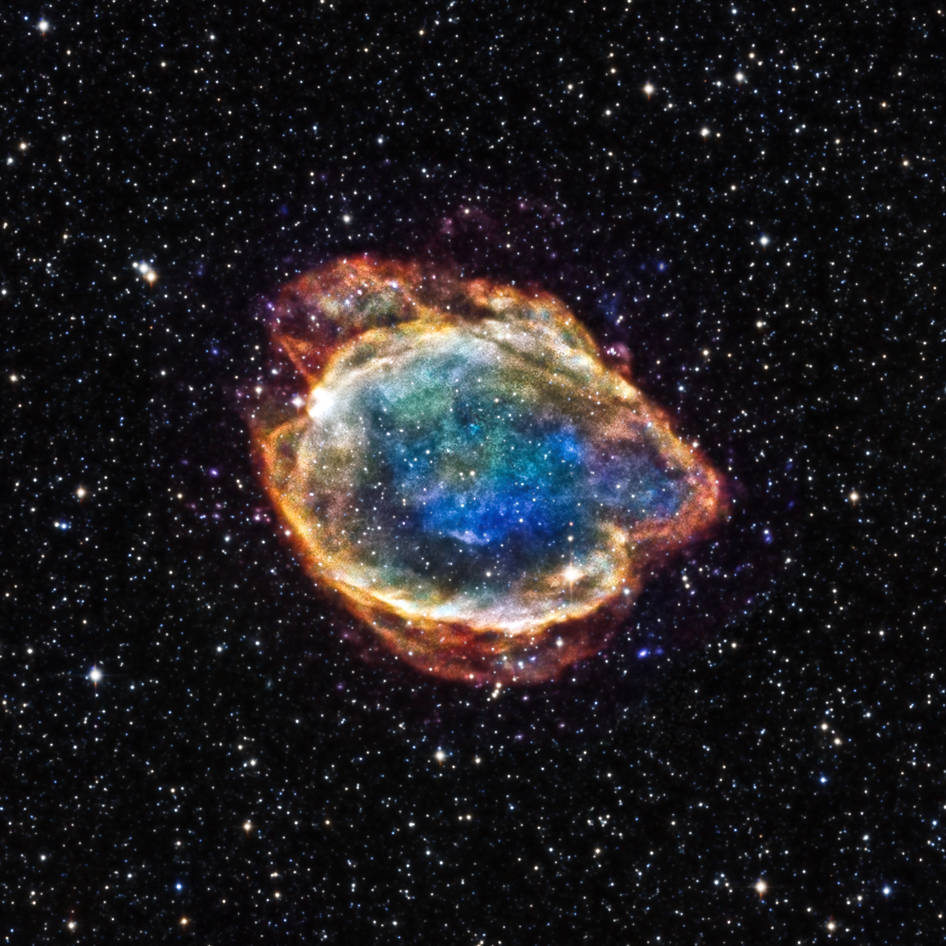 Jennifer Johnson, professor at The Ohio State University and chair of the APOGEE team, said: "It's a great human-interest story that we are now able to map the abundance of all of the major elements found in the human body across hundreds of thousands of stars in our Milky Way."
So if you were able to examine your body with a powerful microscope, you would see that there are many atoms inside of you that many years ago were part of a star in our beautiful Milky Way galaxy.

Fly me to the Moon

For both astronomy and astrology, the Moon is a very important celestial body. That big ball between the stars influences your daily horoscope.…

The star closest to home: the Sun

The Sun is the most important object in our Solar system. It is at the core of astronomy and astrology, both recognising its leading role in our daily lives…