There are not many Greek heroes more famous than Heracles. You might know him as Hercules, this was the name the Romans gave him. This great figure was given a constellation by Ptolemy, the great Greco-Roman astronomer that lived in the second century AD. As we have seen with Perseus, Ptolemy also used the story of Heracles to name star signs. In this article we will tell you the ancient mythological story of Heracles and his labours. Many of the characters that he encountered ended up becoming star signs as well.

Heracles was the son of Zeus, the god of the sky and thunder, who ruled Mount Olympus as the king of the gods. His mother was Alcmene, one of Zeus’ lovers. She was a mortal woman. Zeus took the boy and laid him at the breast of Hera, his wife. Heracles, like any newborn would, drank the milk eagerly. After having drank the milk, Heracles became immortal. Zeus was sneaky enough and only laid the boy at Hera’s breast when she was asleep. But obviously, she found out and got really angry at Zeus. Not so much for having breastfed Heracles, but more about the fact that Zeus cheated on her….again.

Now Hera was quite the vengeful type, but she couldn’t kill the boy as he was immortal thanks to her own milk. So instead, she decided that she would do anything she had in her power to make poor Heracles’ life as miserable as possible. With her magical powers she made sure Heracles went nuts. He became so crazy that he ended up killing his own children. After a while he got his senses back and felt terrible for what he had done. He decided to visit the oracle at Delphi to find out how he could atone for his horrible deed. Heracles was told to serve king Eurystheus of Mycenae for 12 years. 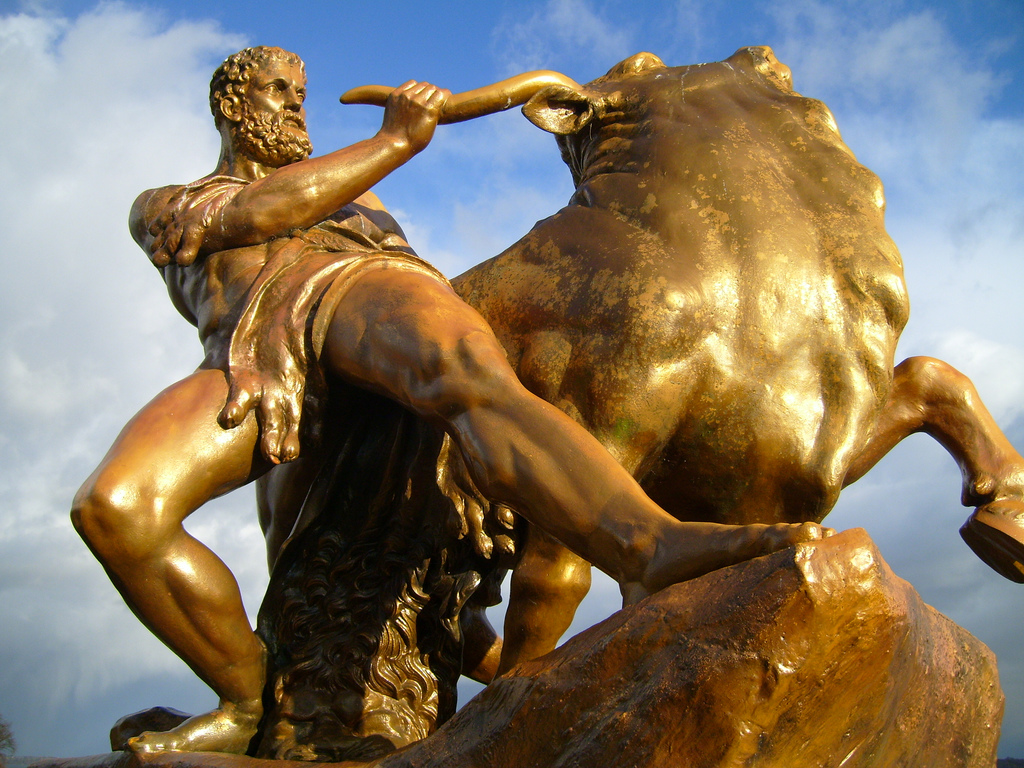 The king gave Heracles 10 tasks to fulfill. These were known as the Labours of Heracles. The first one was to kill the Nemean lion. Not a simple task, as his hide was impenetrable. Heracles still managed to kill it by strangling it. With the claws of this lion, he cut of the skin which he wore as a cloak. The head of the lion functioned as a helmet. Now Heracles was even more immortal than before. The Nemean lion would become the constellation Leo.

After the lion, Heracles had to kill the Hydra, a beast with many heads. While fighting this monster, Hera wanted to distract him by sending a crab to fight him. We know this crab nowadays as Cancer. Then we had to catch a deer with golden horns and a wild boar, pretty simple tasks. The fifth task was a more practical one, as he had to clean the stables of a friend of king Eurystheus. With the 6th assignment we go back to killing as he had to get rid of a flock of birds. After that it was time to kill a bull that breathed fire. Number 8 was to deliver flesh eating horses, and the ninth was to deliver the belt of the queen of the amazons to Eurystheus. For the tenth task, Heracles had to steal cattle from a monster. He got attacked by locals and almost lost. He asked Zeus for help who sent him rocks which he threw at his attackers. For this Heracles bent on his knee to thank Zeus. This was known as Engonasin, a previous name of the Heracles constellation. 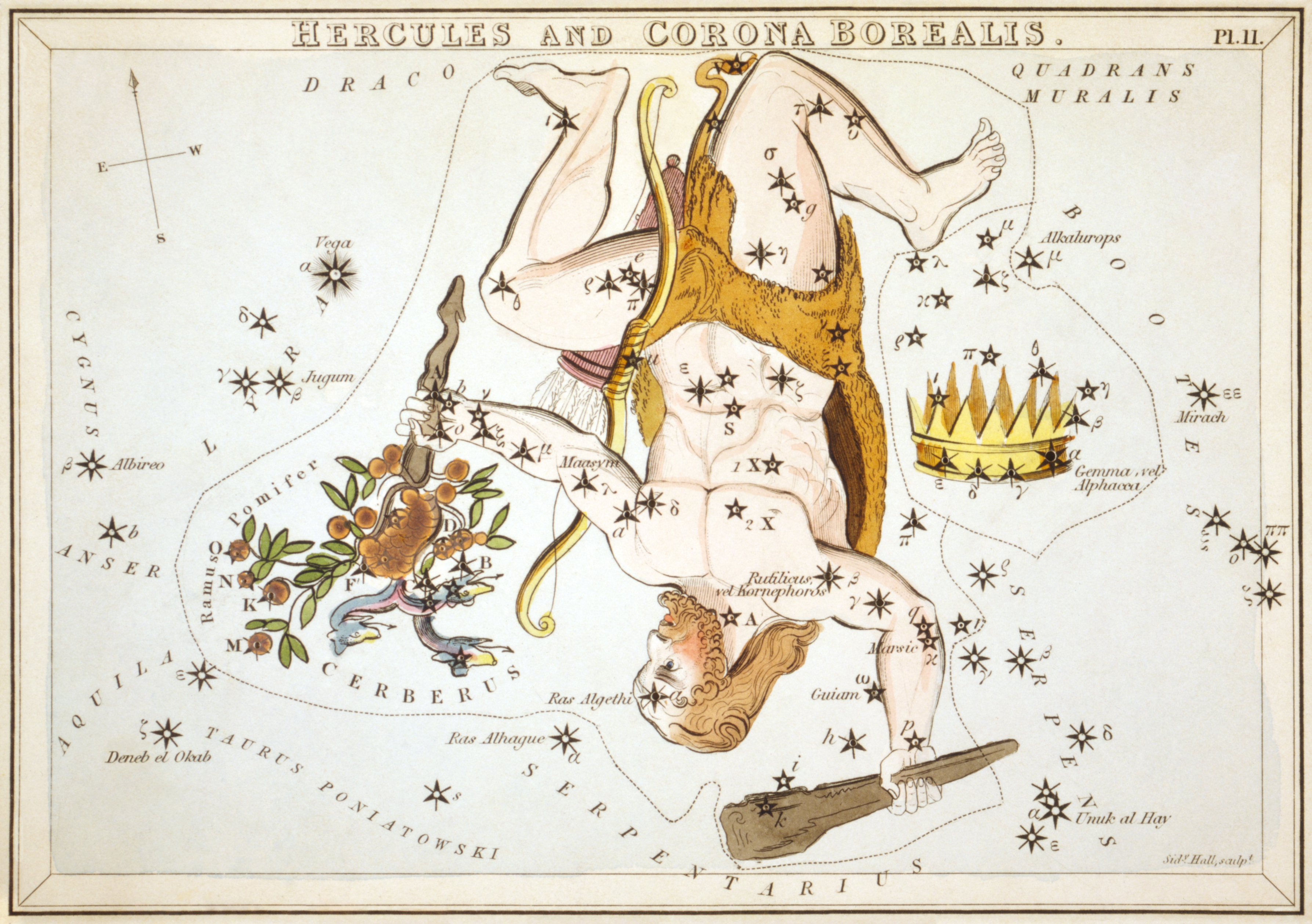 When Heracles got back to the king he had to steal apples from Hera’s garden. This garden was guarded by the Hesperides, who in turn were guarded by a dragon called Ladon. Heracles killed the beast who was then turned into the Drago constellation by Hera. As a final task, Heracles had to get Cerberus, the three headed dog. Although the hardest of them all, Heracles also completed this task as to which the king released him.

He then married a princess and had a tragic end when she accidentally poisoned him. His mortal part died and the rest went to Mount Olympus where Zeus accepted him and placed him in the night sky as the constellation Hercules. You can find him on a constellation map in the third quadrant of the northern hemisphere.

Masters of the Stars: the Incas

The Incas had their own star signs. Unlike the clusters of stars we have in the West, they also had dark constellations. This was the space between stars.…

Time to meet the other planets: Uranus

Uranus is a big blue Ice Giant. In astrology, Uranus is an important planet. Ancient astronomers never discovered this blue planet named after a Greek god…