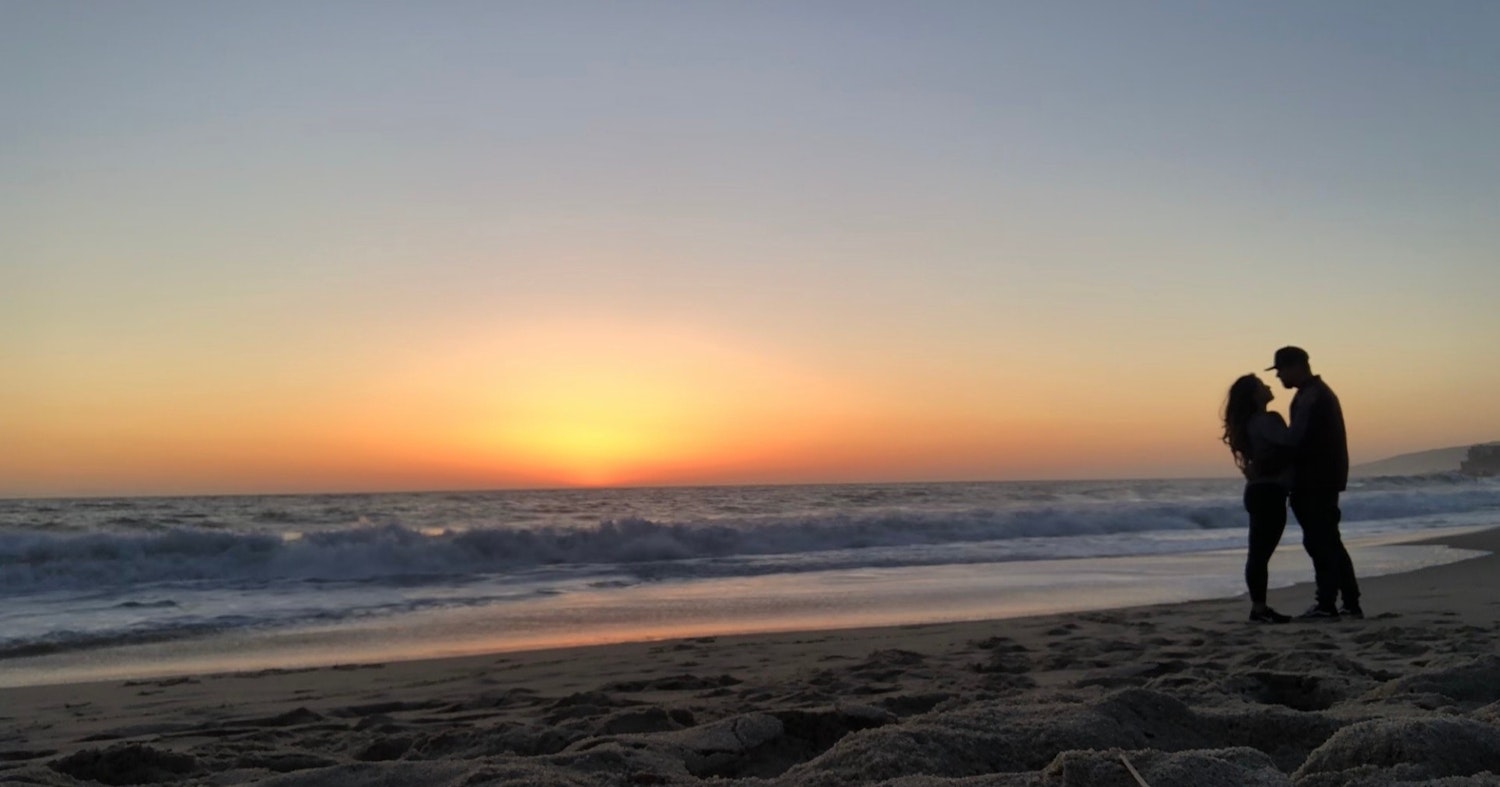 Our story began about 25 years ago when were just kids in elementary school...

One day during school he gave me a red rose to express that he liked me. Later that day , he came to my grandmas house and asked my cousin to see if I could come out.
So being a little girl not knowing what to do when a boy said he liked me, I came out and handed him a Ziploc baggie with the rose petals that were picked off. That was the day I unknowingly, broke his heart.

Throughout our school years, we had several encounters but nothing more. About 7 years ago, he tried to reach out to me, I was excited to hear from him but I was already dating someone and never pursued anything further. Fast forward to October 12th...

It was a stormy, rainy night and I had plans with my girlfriends to go to an event that was rain or shine and NEVER cancels. Well, that night it did because of lightening and I am so thankful because that was the night my life began.
My girlfriends and I decided to go to a bar in the same town as the event. After a while and having good time, I happened to look up at the corner of the bar and saw an attractive man there with an LA baseball hat on, so I couldn't really see his face.
A few moments later, I hear "Lauren ?" being called out from that corner. I looked up and immediately said "Hector!" with the biggest smile on my face. It turns out that attractive man in the corner was the boy whose heart I hurt when we were kids.

After talking for while, it turned out he and his friends were also supposed to be somewhere else and that that bar was a last minute thing for them as well. I am so grateful for that storm the night of October 12th because that was the night the stars finally aligned for Hector and I. He never gave up on me and I will forever be thankful.

The love we share goes much further than the stars themselves. It was always Meant to Be.