That night, at Disneyland, was the first time my mom and dad met.
They didn’t go to see each other, she said she and friends were just there and saw some guys, who started following and talking to them. She told me there was just a connection and they actually took a picture together that night. They met up again a few weeks later and started dating. And in July of 1973, they were married. Had a total of 4 kids and 4 grandkids through 45 years of marriage.

My dad passed away in October 2018, 5 days before his 66th birthday. So this was a gift for my mom, for the night they first met. The top caption for the map is “The night our hearts met”. She loved it and keeps it in her room near her bedside.

My dad served 20 years in the US Navy and was deployed during the first Gulf War. Retired in ‘93 and was working for the Army Recruitment Headquarters in Honolulu as a computer tech. They honored him by having a memorial service for him aboard the U.S.S. Missouri docked in Pearl Harbor.

Below is the picture of the night they first met. 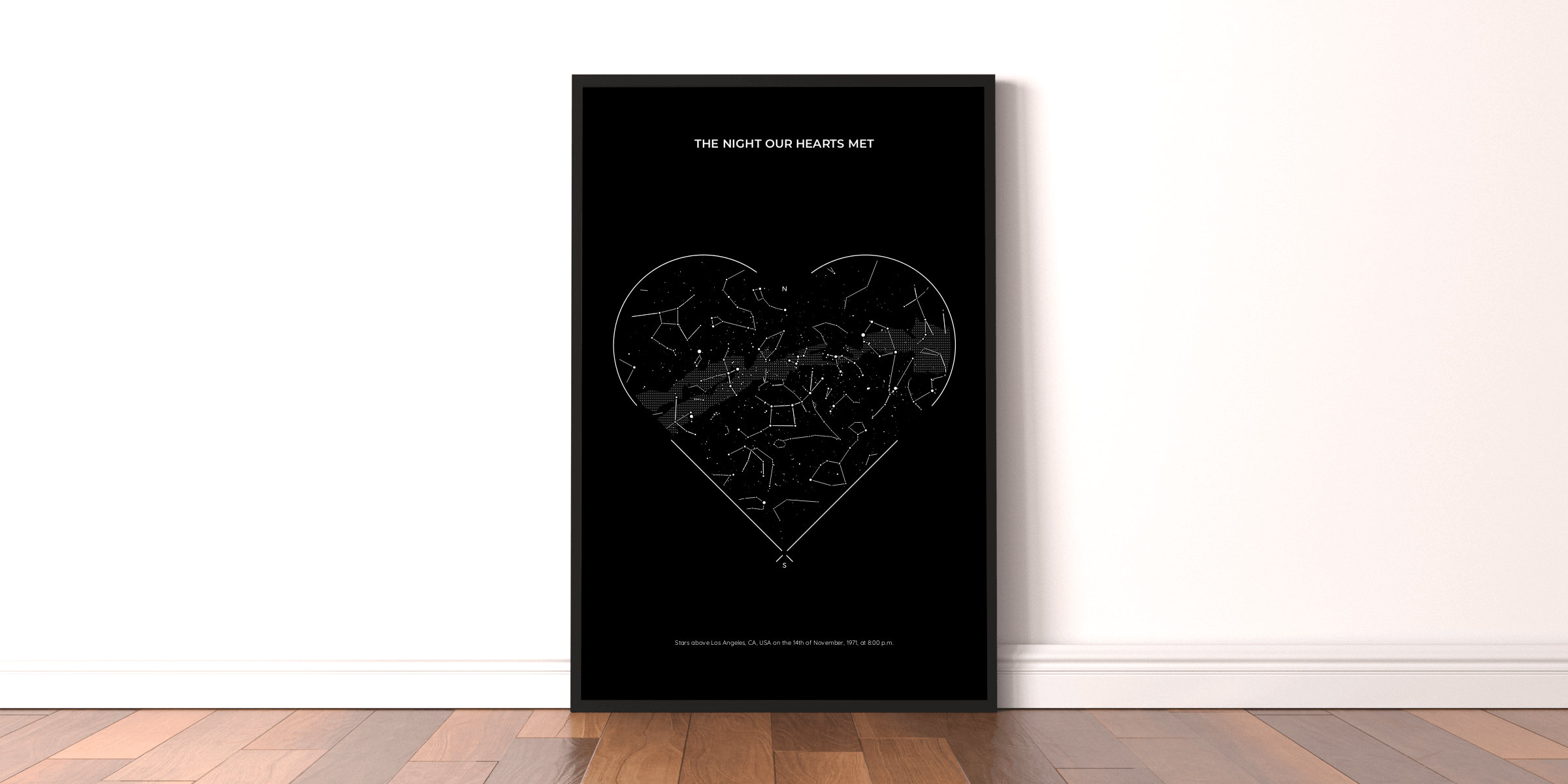