It was a surprise ... A true surprise.

I had this friend, we worked together for five months then, and our friendship had become quite strong, daily long conversations. She quickly became a confidant and I could swear we had known each other in some sort of past life. She got me in ways I didn't know it was possible and I was amazed with how she made me feel. We talked for hours, about work and about every single aspect of our lives. I gotta admit, she became an addiction and she brought out the best in me, I wanted to protect her from all sorts of harm's way and I needed to make her smile, that would be the only way my day made any sense. With all this, however, I never thought of anything else except of how great our friendship was.

But, our workplace arranged for a Christmas dinner and we went together, she was even my ride! We had a lot of fun and I got pretty drunk, she took care of me. But it came to a point where I held her hand in mine and it just made perfect sense, like it was the most natural thing in the world. Then we had to leave, she drove and stopped when I needed fresh air. She held my hair and made me look up when I said I was becoming queasy, and my God, she looked perfect when our eyes crossed. I couldn't even stare at her. We from her eyes and her touch, We stayed outside, talked for hours, and then we hugged, one of those hugs that can repair broken hearts. And, with the stars as our witnesses, we kissed... and it was the most magical thing ever and we haven't stopped kissing, hugging and loving ever since.

This night was the night I had my first date with my now husband.

I was 16 and he was 17... We've been together for almost 9 years now. We were, and still are, each other's first loves; first kiss; and firsts in everything else that our wonderful life together has given us so far.

After bringing me home (30 mins before curfew, like the true gentleman he always has been) I called him after everyone in my house had gone to bed. We spoke for 4 hours that night, about our hopes and dreams, where we saw ourselves in the future...and agreed that night, that we would be married one day. We've been married now for a year and a half and have a beautiful baby boy who is nearly 8 months old. We are still "high-school sweethearts", though our love for one another continues to grow stronger with each passing day.

I wanted to make this poster as a reminder to always believe in "fairy tales" and true love...because even the most innocent and cliche of love stories truly can turn into 'happily ever afters'! I presented this piece of artwork to my husband the day it arrived in the mail - my plan was to hold off until our 9 year anniversary on 7/7/2019 - but the excitement made me give it to him immediately. He cried and was so moved, not only by the thoughtfulness of the gift, but it's beauty! We've both been star gazers since childhood and having a map of the stars that we were both looking at during that 4 hour phone conversation after our first date, the stars we promised each other our lives under, is such a special thing for both of us!

Thank you for providing such a lovely product! I plan to make one of our wedding night, as well as the night (though he was technically born at 9:42 am) of our Son's birth, to hang one each side of this one, over the head of our bed!

I was on vacation for the second time in Barbados...

One of the places that I loved most on my first vacation there was the Friday fish fry at Oistens, a lively outdoor venue complete with fish vendors, live music and cocktails. So it was literally the only place I wanted to make sure to visit during my second trip. Unbeknownst to me at the time, it would be the backdrop for a meeting that would change my life.

After filling up on fish and rum punch, I was casually introduced to a tall man with kind eyes and the cutest smile I had ever seen. He was a family friend of my travel mate. When he quietly bought me a beer and laid it on the table next to me, I felt something, without him even touching me--energy, warmth, electricity--or maybe a combination of all of three.

A night of dancing, more rum punch and one of the longest laughing fits I had ever had with someone in my life, ensued. We came to find that what we both felt that night was what we can only describe as a cosmic connection. We were truly meant to meet there, that night, in that moment, under those Barbados stars. A year later, we are embarking on planning our wedding.

We still dance often; can make each other erupt in laughter; and regularly recount the moment of our meeting (with each of us insisting that we retell the story more accurately than the other).

On July 25th, 2018, though, I met my true soul mate. With him, I discovered what real love is. He made me see the rainbows through the rainy days and showed me how worthy I am. Don't lose hope <3 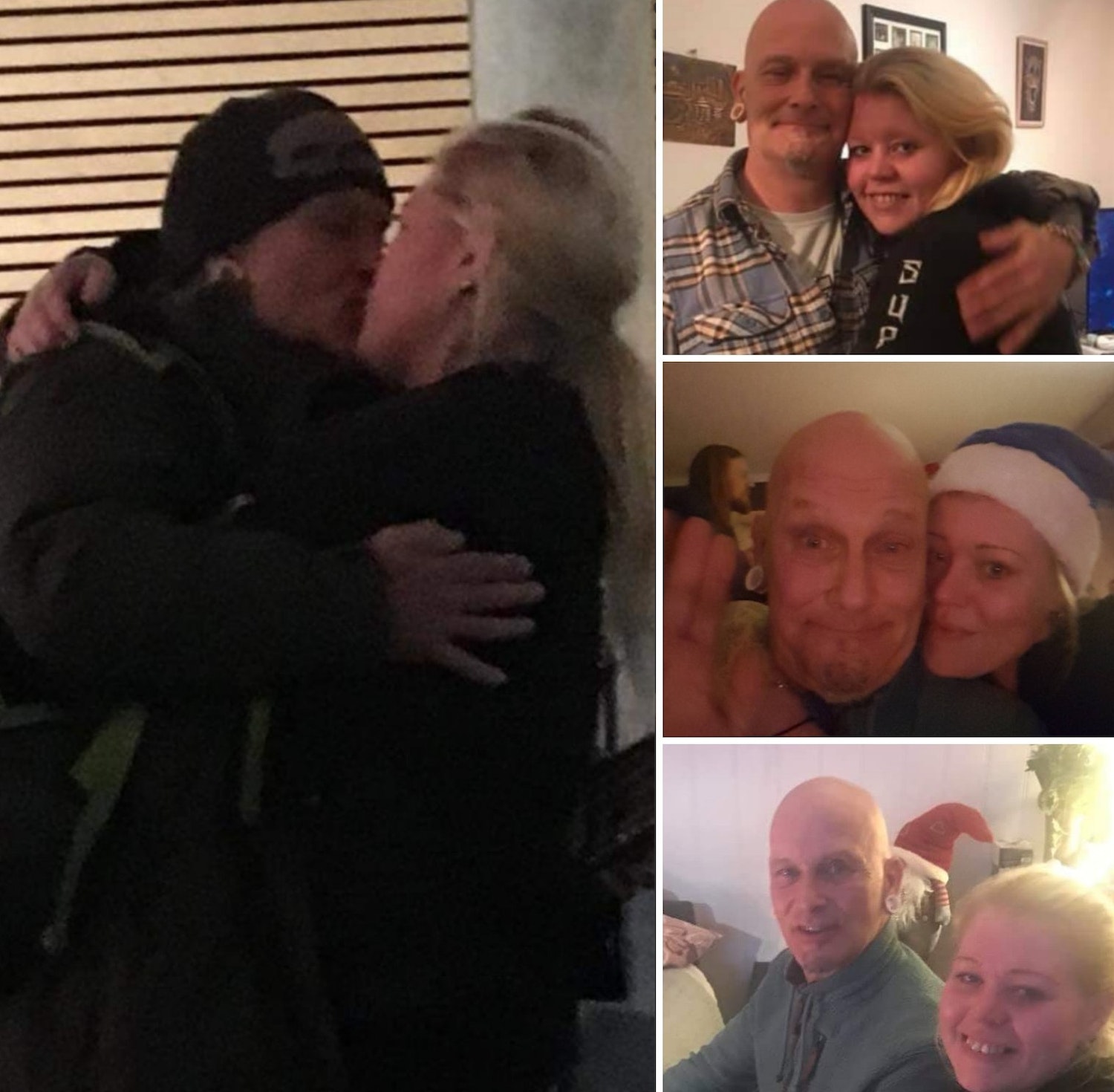 I made our star map for the first time I met my fiancé.

I was prepping for a Christmas party here in Norway and a friend had other friends over from England. I met my Jooles and we both fell hard: love at first sight.

We got engaged by stone henge in England on March 8th and now he's moved to Norway with me and are we are to get married next year August 22nd.

On April 18th 2002 at 3:56pm my little brother, Jeb was born. He loves space and stars. He loves looking at the stars and finding constellations.

For his birthday this year I wanted to get him something very meaningful and special. I wanted to get this for him so that he could see what constellations were in the sky the day he was born.
He loved the gift and, of course, I cried when he opened it. He loved it and had tears in his eyes too.
I didn’t get to give it to him on his actual birthday because I was at school but as soon as I got home after a long drive, he came out and opened it.

A couple of years ago I went to party with some friends and one of them introduced him to us. At first I didn't pay much attention to him, but after a while we started dancing and talking and something just clicked.

Then we went to sit on the grass, and talked for a while. Eventually we laid back and looked at the stars. After a while he leaned closer to kiss me and at the exact moment of our first kiss, rain started to fall on us. That was a night that we never forgot.

Every year since then, on the 18th of may, we go out to the same party; sit at the same spot; and look upon the stars.

I gave my brother and his now-wife a star chart as a wedding gift.

My brother mentioned that his significant other loves sentimental gifts and, as best man, I felt like I couldn’t just get something off the registry. I think I saw a star chart on Twitter, a tweet saying a woman’s girlfriend gave it to her as an anniversary present and I knew a little about the constellations from my time when I worked at a museum, helping run the small planetarium.

When I gave the newly weds their star chart, she started tearing up. So based solely on that, I think this was the perfect gift and I recommend it to anyone who’s looking for something a little extra when it comes to a gift.

Make sure you get the frame too! 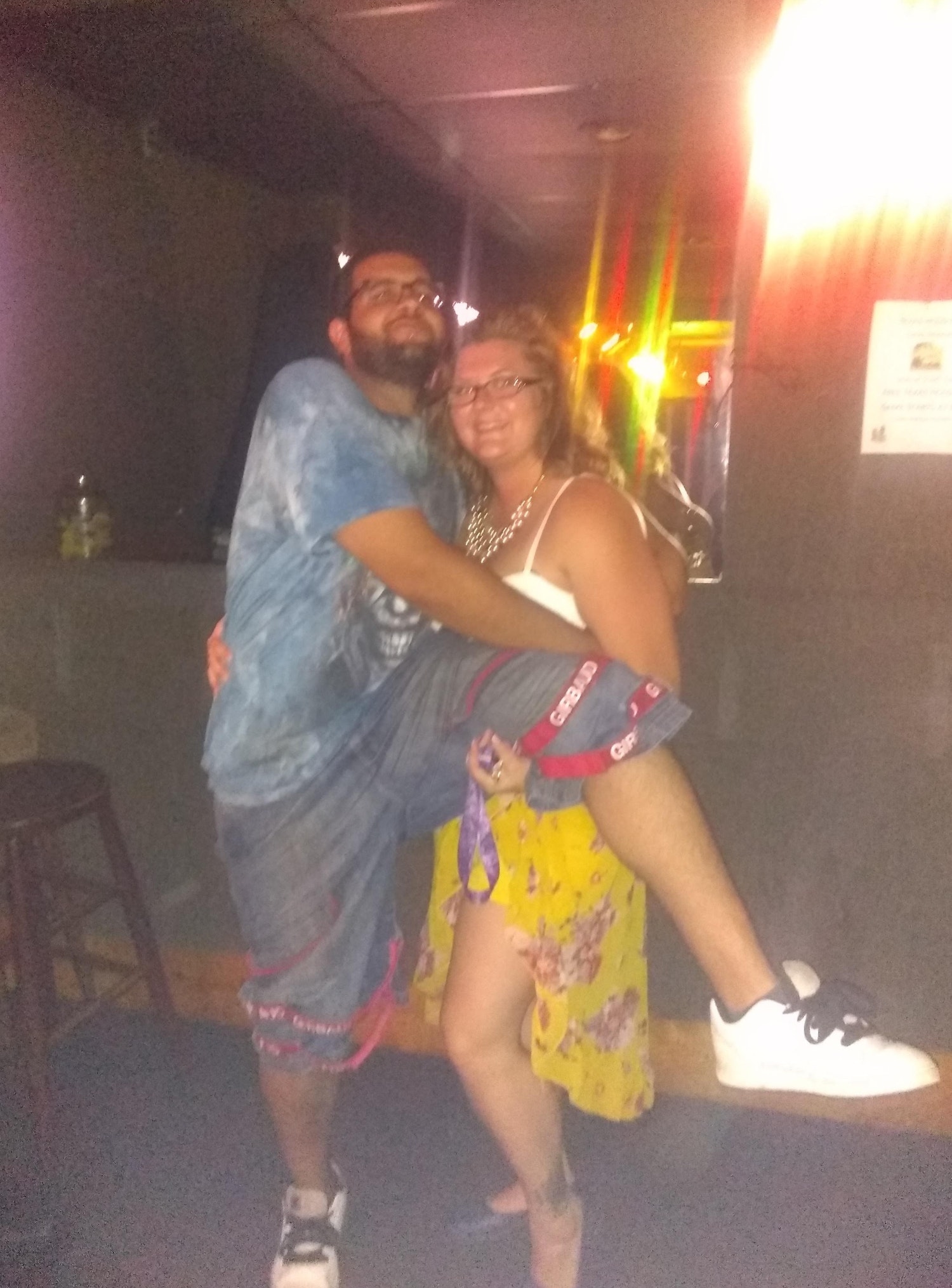 The creation of my star map was in regards to meeting a special someone who came into my life and has became my best friend...

At the time in question, I went to a random bonfire with some work friends, not anticipating meeting anyone - as I was still getting over a long-time boyfriend - but there he was. We bonded over having similar circumstances and unfortunate happenings that we didn't deserve. There's not a day since I met him that I haven't spoken to him, so on the year mark, I decided to gift him this poster.
It's a keepsake that, no matter where our lives lead us, we will always be a part of the same universe. The purchase is one I couldn't be any happier with and the quality is breath-taking.

Thank you "Under the Lucky Stars" for giving me the perfect gift to exchange, to mark the occasion of finding my star in the Galaxy, that is so often a rarity in this day and age.

This was the moment my boyfriend and I confessed to each other that we liked each other...

1 am seems so late but so much happened before this moment. We started off as best friends but I quickly fell in love with him - but a few hours before we confessed, we went to go wash his car and it was the best bonding moment I've had with him. We were just acting silly and didn't give a care in the world. Then we went to Bahama Bucks and watched the sunset. After that we drove around and once we got to the parking lot to my dorm, we sat there and talked for hours.

We were playing with each other's hands and we would talk about the deepest things in our life and things we would never talk about. I felt so comfortable and so in love at that moment, I was hoping he would finally make the first move! Luckily he did! Before I left, he told me he needed to tell me something and if he doesn't say it now he'll never say it. He had tears in his eyes bc of his past heartbreak that he was so scared that I didn't feel the same way back towards him. But when I saw his face I couldn't help but give him the love that he deserved. So after, he told me he really likes me and just loves to be around me. I also took the courage to tell him that I really liked him too and that I felt so comfortable and worry free around him.

We've been dating for over a year now and this is my special moment and reason why I made a star chart of this amazing night.